The second pillar in our season of moral repair has to do with our national security agenda.

Now, when it comes to war and peace, there are simply more corporate profits to be made preparing for war than preparing for peace. But as John F. Kennedy said, "If mankind does not end war, war will end mankind."

In addition to that, also within the State Department budget, is less than $1 billion that goes to the peace-building agencies. Now, some people don't know what peace builders do, but in fact, peace building is a level of expertise and skill set that is every bit as sophisticated—and given some of the places where these skills are practiced takes every bit as much courage as does military skill.

There are four factors which make up what's called peace building internationally.

Number one: The expansion of economic opportunities for women.

Number two: The expansion of educational opportunities for children.

Number three: The reduction of violence against women.

And number four: The amelioration of unnecessary human despair.

You don't just take medicine—you have to cultivate health. And you can't just prepare for war—you have to wage peace. This is why James Mattis, before he left the Defense Department, said if you don't fully fund the State Department, I'm going to have to buy more ammunition.

The truth of the matter is we put way too much burden on our military because we let conflicts develop that should never have developed in the first place. Just like we practiced preventative medicine, we should practice preventative conflict. We should practice a way of being that increases the incidence of peace and decreases the incidence of conflict.

That's what the peace-building skills do. And that's what we'll do when I'm President  because we would have a Department of Peace as well as a U.S. military. 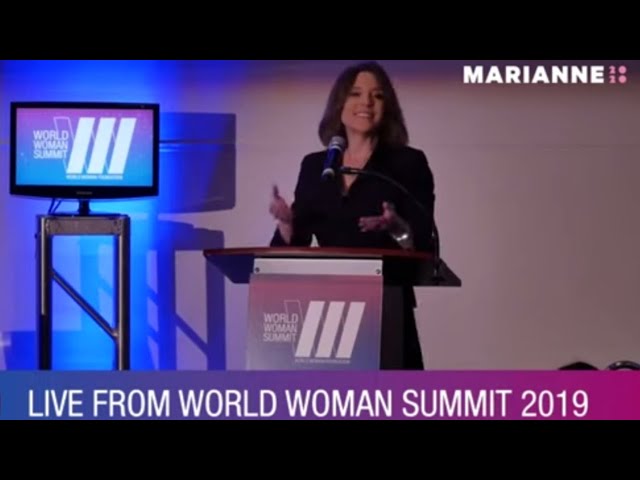 Who is Going to Intervene? - Marianne Williamson 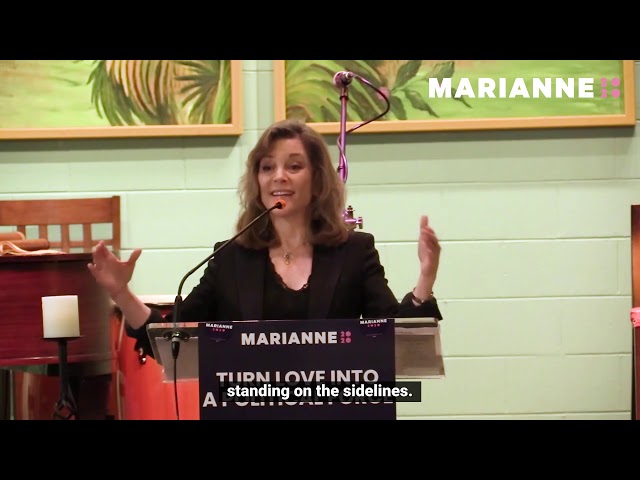 They Refused to Look Away - Marianne Williamson 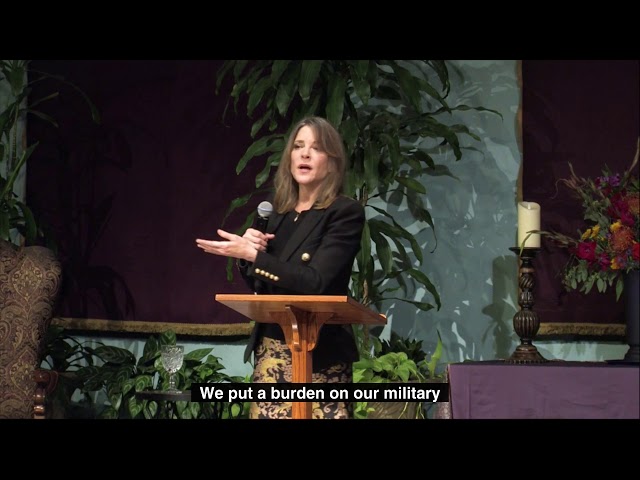 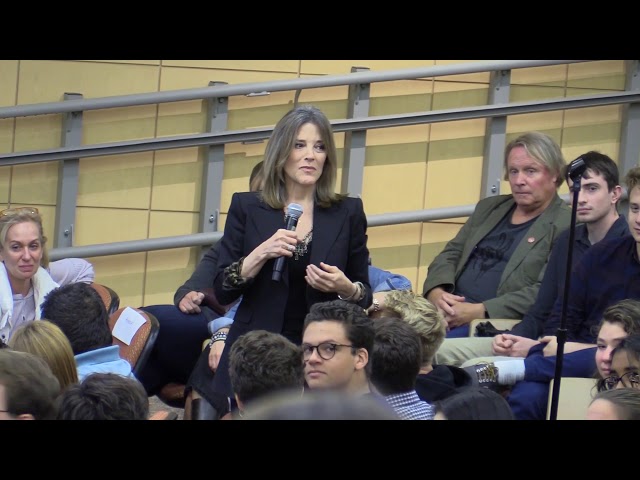 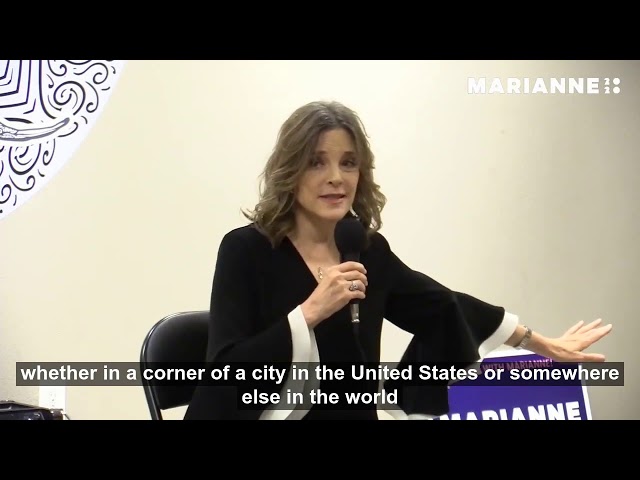 How to Wage Peace - Marianne Williamson 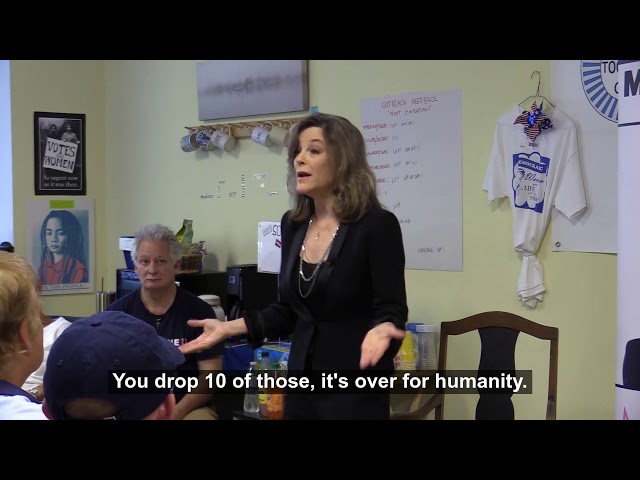 Talk to Me about That - Marianne Williamson 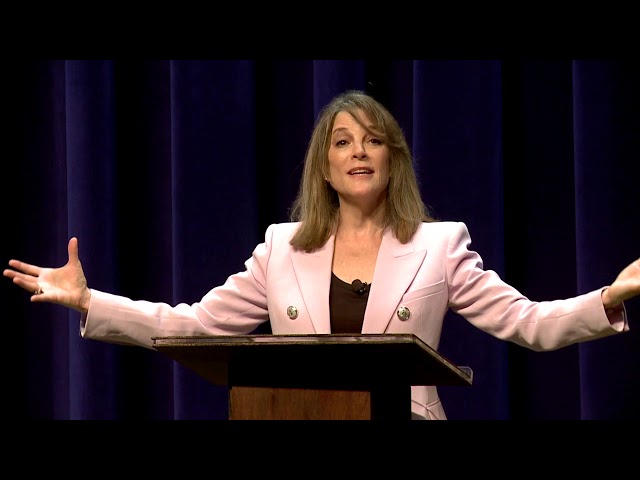 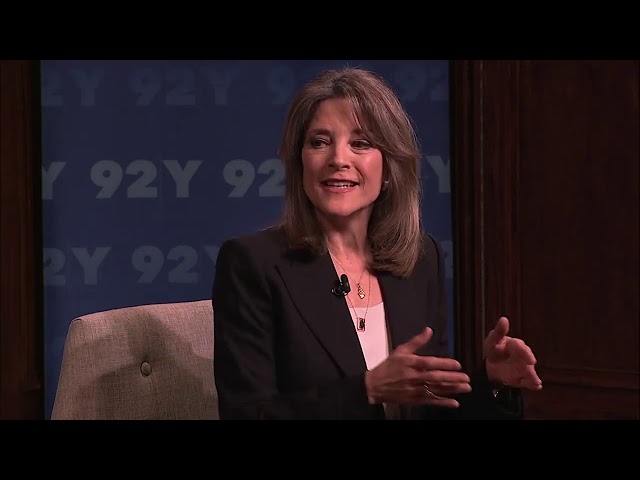 Plan for U.S. Department of Peace

Marianne Williamson, as President, will work with the Congress to create a cabinet-level U.S. Department of Peace.

Ending the scourge of violence in the United States and across the planet requires more than suppressing violence. Lasting peace requires its active and systematized cultivation at every level of government and society. The U.S. Department of Peace will coordinate and spur the efforts we need to make our country and the world a safer place. Nothing short of broad-scale investment and government reorientation can truly turn things around.
Read More