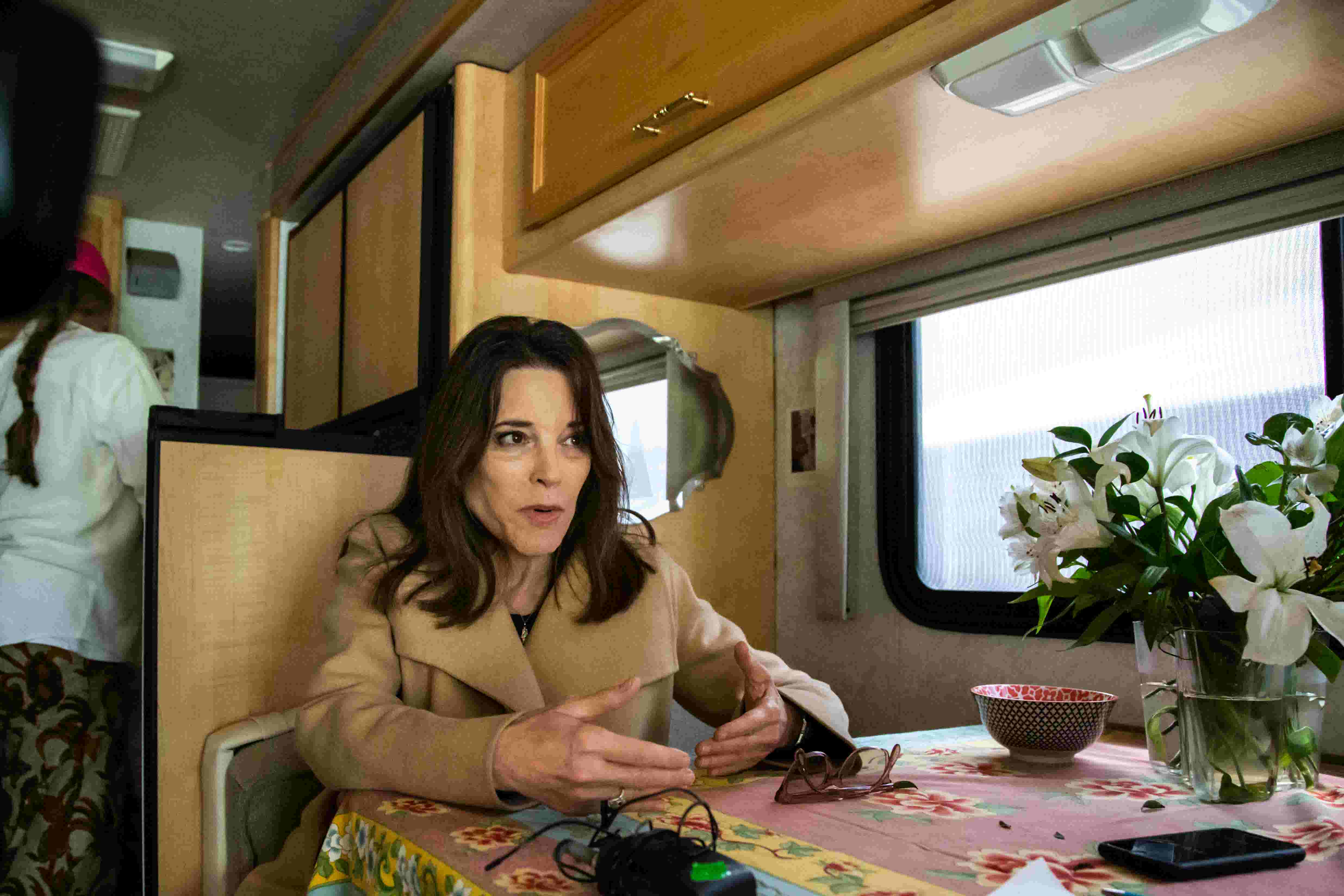 As a five-day sweep through Iowa came to a close, presidential candidate and author Marianne Williamson said she feels her campaign's treatment in the Democratic race for the presidential nomination is changing.

But replacing it is a sentiment that just might bother her even more.

"Now it has moved to, ‘She’s really valuable to have in the conversation. She is really elevating the conversation,'" Williamson said looking out at a crowd of around 50 in Iowa City. "Everyone is asking me. 'if I don’t caucus for you, you will still be here right?'"

Williamson is working to move people from admiration to action. She has stood out on the national debate stage, but keeping her place there has been a challenge. She did not make the cut for October's televised debate and she has not qualified for November. Williamson is making the case that if supporters want her in the conversation, she needs them to support her campaign.

Policy-wise, her approach has been two minded. There are some standout positions like her proposed Department of Peace which would be a cabinet-level department focused on "suppressing violence" domestically and internationally.

But Williamson also turns a la carte to other candidates using one to tweak another. She likes entrepreneur and candidate Andrew Yang's proposed universal basic income idea (a policy that would give each U.S. citizen a monthly income of $1,000). She doesn't like the value-added tax Yang proposes to pay for it, calling it regressive. She likes Senator Elizabeth Warren's proposed wealth tax (a 2% tax on people whose net worth is more than $50 million). But she would rather it go towards funding a big-hit program like Yang's so-called "Freedom Dividend."

Picking and choosing from these policy ideas, on one hand, feeds into her doctrine of good-play, a refusal to go after other candidates based on perceived distinctions.

"I just don't think its has gone well for those have," she said.

On the other, it aligns her with some of the support these popular programs generate.

And for audience members like Liv Hardy of Iowa City, 25, this is a major appeal of the Williamson campaign. She found Williamson on Instagram and saw her filling a vacuum that others were realizing in progressive politics.