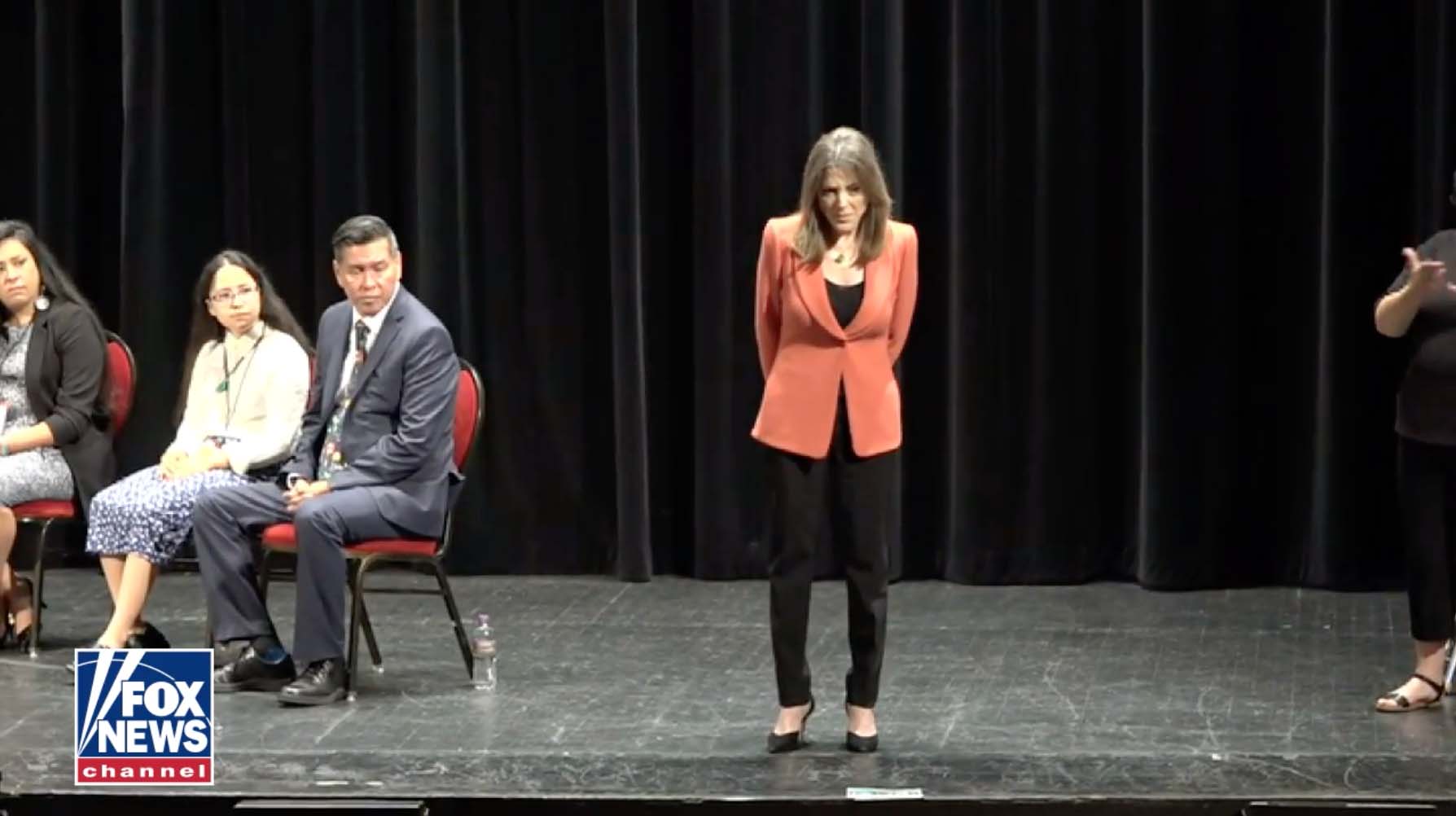 Democratic presidential candidate Marianne Williamson, calling for a national "atonement" over the treatment of Native Americans, vowed Monday to rescind medals of honor for those who fought against them and even take down President Andrew Jackson's portrait from the Oval Office if she's elected.

The spiritual author, who has gained a devoted following in recent weeks for her memorable debate performances, called for a “new era of American history” with Native Americans during an appearance at the Frank LaMere Native American Presidential Forum.

"We can atone. We can make amends," Williamson said. "And if and when I'm president of the United States, we will. We will begin by taking that picture of Andrew Jackson off the wall of the Oval Office."

Jackson’s presidency was notoriously marked by the signing of the Indian Removal Act, which resulted in violent conflicts between Native Americans and the U.S. government amid the relocation of thousands of Native Americans.

Williamson called the portrait "one of the greatest insults."

She then took aim at another symbol from that historic period, vowing to withdraw military medals of honor for those who fought against Native Americans.
‍
Williamson has been in the bottom tier of 2020 candidates in recent polling, but nevertheless has built a national profile in the wake of viral debate performances. The self-help author cautioned the other candidates at the last debate that “wonkiness” would not stop the "collectivized hatred" of the president and would lead to “very dark days” for Democrats.

At Monday's forum, Williamson stopped short of calling for financial reparations, which she supports for slavery. She called Native American history a "more complicated situation" than one that can be fixed with such a measure. She suggested the U.S. look to how Germany reconciled with Jews in the aftermath of the Holocaust as "a template of our national repair" that could be used to make amends with Native Americans.

The presidential hopeful stated that children must forever be educated about how the U.S. treated Native Americans and suggested a year-long reconciliation program between the two peoples.

“It is time for us to do some very important, deep, and powerful repair work,” she concluded.
‍