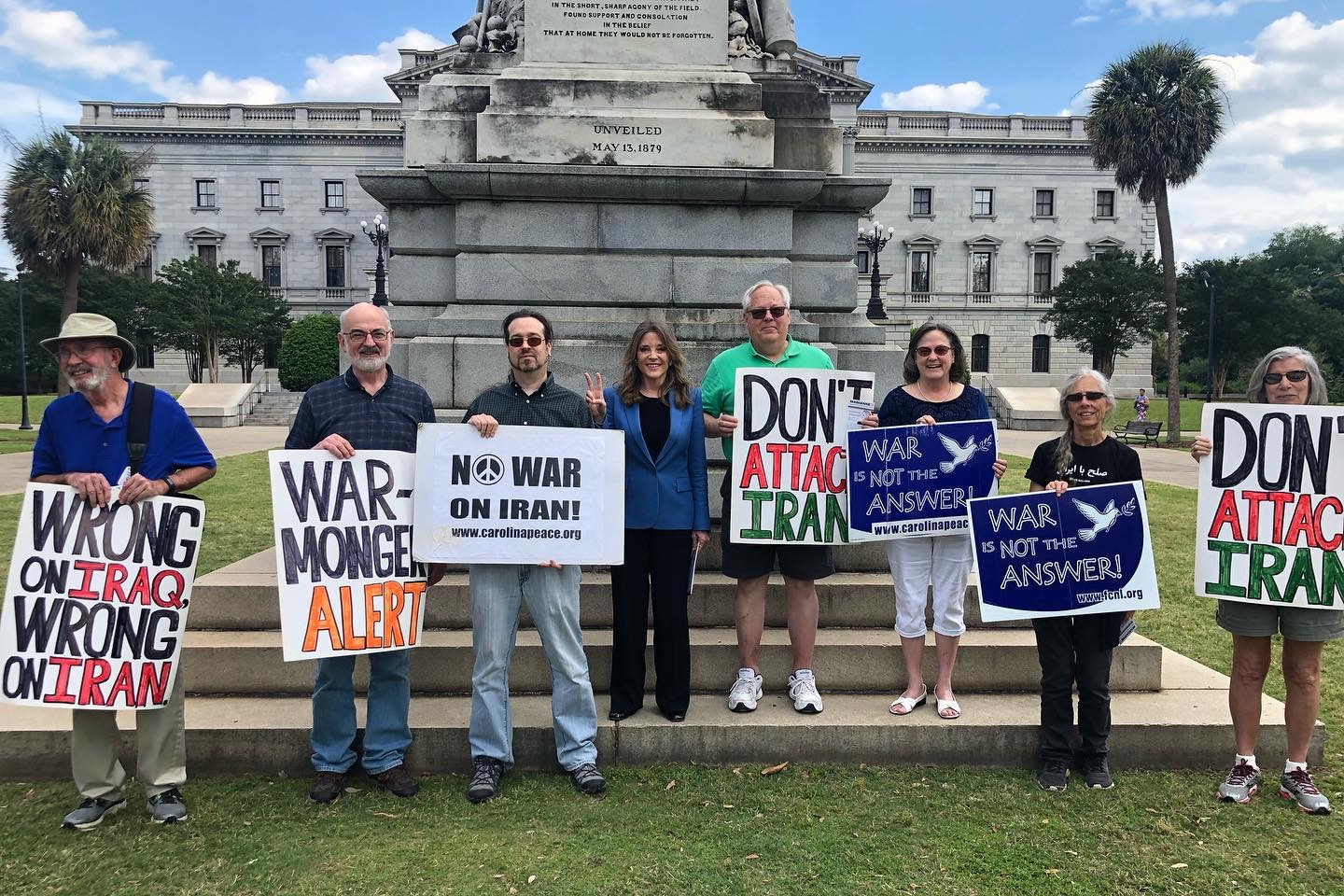 In many ancient cultures, Kings and warriors never went to war until first they had consulted with a council of older women.

As with other ancient traditions, it wouldn’t be such a bad idea today. I, for one, am an “older” woman who would vie to be on such a council.

Not having been asked by either king or warriors to so consult, I nevertheless have the chance to express my opinion as a candidate for president. For we’re a country led by neither king nor warriors; we’re led by the people, and it is the people to whom I speak.

It’s deeply concerning that there are generations of Americans for whom a state of war has been a constant throughout their lives. They have never known peacetime. The United States has always been at war somewhere, since before they were even born.

And peace? Oh, that. That’s just some hippie concept. Some abstract reality neither tangible nor real. No serious person is discussing that.

And, thus the danger we are in.

War is very real indeed for those who experience it. And it is horrifying. The psychological and emotional sobriety of America’s greatest generals and war-time presidents have stemmed in part from the fact that they knew, and detested, the reality of war. To them it was regarded as the most serious of all subjects, as well it should be, and undertaken only when absolutely necessary.

These words of President Franklin Roosevelt, one of America’s greatest presidents and our leader during WW2, echo today:

Not enough Americans hate war today. A rampant casualness about it is one of America’s biggest problems. It’s not a policy but rather an attitude that now threatens. War has become, for too many, just a big “Ho hum.”

Yet war should not be normalized and peace should not be marginalized. War will not be a “Ho hum,” if it starts affecting our lives in ways it does not do now. And it’s naïve of Americans to think that that will not someday happen.

We must awaken from our complacency and act.

One way we can act is by electing a president who says out loud what we already know: that our national security agenda is unduly driven by those for whom war is big business. This network of defense contracting industries, the proverbial “military-industrial-complex”, has a disproportionate role in determining our policies -- based not on our legitimate defense interests so much as on their own short-term financial gain.

The military-industrial-complex is so entrenched within our current political establishment, both Democrat and Republican, that nothing would be a better idea than for one of those “older women” to step in now and say, “Okay, boys. Enough is enough.” And have the power of the presidency at her command, so that she could actually mean it.

They have no intention of letting that happen, of course. The question is, do we?