Trump Saber-Rattling in Venezuela and Iran 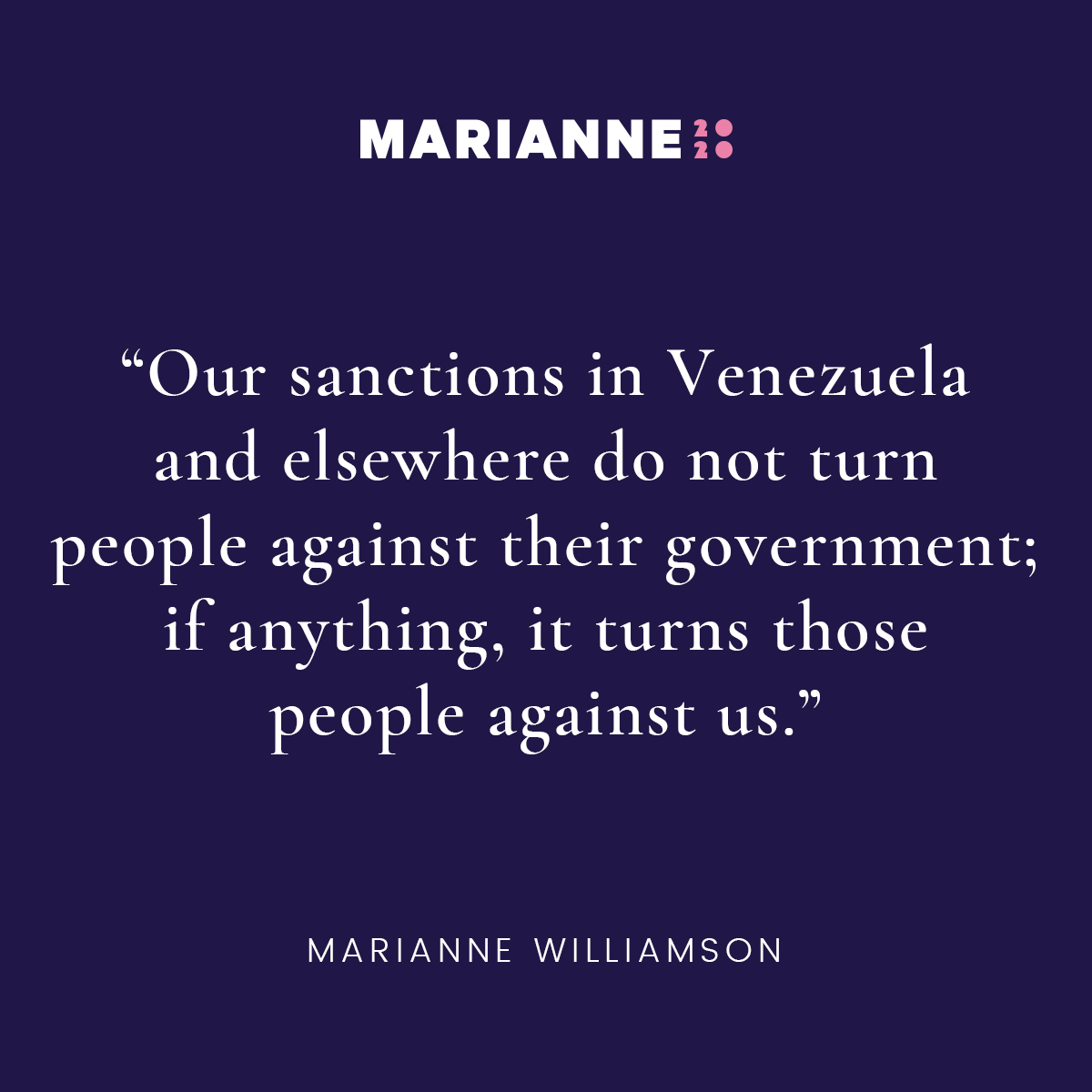 In 1961, after serving two terms as the American President, Dwight D. Eisenhower gave his Farewell Address to the nation. Before that, during World War 2, then General Eisenhower had been the Supreme Commander of all Allied Forces.

In his speech Eisenhower coined the phrase “military-industrial complex,” referring to a network of industrial, governmental, and economic interests that took form at the end of WW2 with dangerously vested interests in unnecessary military spending by the US government. Eisenhower’s warning was not the ravings of a madman, and the military-industrial complex is not a conspiracy theory. In 1961 it was a gathering storm, and today is a full blown hurricane -- a political and economic fact of life in the United States

Since 1961, Eisenhower’s worst fears have been realized. We have moved from America’s rightful participation in WW2 – as close to a moral war as it is possible to get – to our horrifying military misadventures in Viet Nam and Iraq. We have shed blood and treasure and continue to do so.  The estimated military budget for the coming fiscal year reaches  $1 trillion, or more than what the next nine countries spend on defense.

Unfortunately, the preludes to military madness are with us again, as the Trump Administration is currently engaged in saber-rattling aimed at both Iran and Venezuela. Just as those of us who opposed the invasion of Iraq on the grounds that it was no different than Viet Nam were told we were wrong and were proved in the end to be right, those of us who see the regime change talk regarding Venezuela as no different than Iraq are being similarly patronized. Trump’s minions Secretary of State Mike Pompeo and National Security Advisor John Bolton are arguing – as war mongers always do – that what is happening now is nothing like what happened before. That time our government may have been wrong, you see, but this time we are right.

No. Last time we were wrong, and this time we are wrong. Let the difference be that this time, the American people are not fooled and we refuse to go along with it.

Trump administration officials are actively trying to promote a military coup in Venezuela by calling on the Venezuelan military to shift its allegiance from the current government of President Maduro to self-proclaimed president Juan Guaido, and acting as if a coup could somehow be a neat and tidy affair.

The US should not be in the business of supporting military coups, and regime change in Venezuela imposed by the US would be as wrongminded, and potentially as disastrous, as was our government’s regime change strategy in Iraq.

The UN Secretary General, along with a number of countries such as Mexico, Uruguay, Norway, and Switzerland, have offered to mediate the dispute between Maduro and Guaido.  Trump has systematically rejected the possibility of dialogue, however, preferring instead to push for a coup while increasing pressure on the people of Venezuela through even more economic sanctions that devastate that nation’s economy.

“Sanctions” is a phrase that we often hear, but perhaps don’t often think about. The average American has perhaps not deeply considered about what the imposition of sanctions actually does to people’s lives. It reduces peoples’ access to food and vital health care. It makes it all the more difficult to get your insulin. Or your cancer treatment. Or your dialysis. It means you that there is even less food on the table for your children. Our sanctions in Venezuela and elsewhere do not turn people against their government; if anything, it turns those people against us.

Venezuela is in its fifth year of economic collapse and according to Reuters, nine out of ten households don’t have the money to buy food, two-thirds of the population go to sleep hungry, and hundreds of thousands of children are at risk of dying from malnutrition. Venezuelans need our help, not our sanctions.

It is true that Maduro is no angel.  The conditions in which he was elected were problematic and he has been a poor steward of Venezuela's economy.  But Trump-imposed US economic sanctions have only made things worse. A recent study by economists Jeffrey Sachs and Mark Weisbrot has found that tens of thousands of innocent Venezuelans have already died as a result of US sanctions, and we can expect that figure to increase dramatically given that Trump is implementing even starker sanctions targeting Venezuela's vital oil sector.  According to the former acting FBI director,Trump has toyed with the idea of going to war with Venezuela in order to seize its massive oil reserves, and National Security Advisor John Bolton has openly called for US energy companies to take control of Venezuela’s oil fields.  Secretary of State Mike Pompeo has publicly threatened to send troops to Venezuela and has refused to say whether the administration would consult Congress before doing so, as the US Constitution requires.

In the midst of the drama, but very much connected with it, the president has nominated Patrick Shanahan as our new Secretary of Defense. This appointment is a prime example of the corporate take-over of our national security agenda, as Shanahan is not a general or a military tactician; rather, he is a former 30-year executive of Boeing Aircraft. A military defense contractor is the last person who should be running the Department of Defense.

The issues of the Mueller report and impeachment, while important, must not distract us from the gathering storm in Venezuela. We must not be lulled into inattention or inaction, but rather must do everything possible to oppose the current reiteration of military madness. I support wholeheartedly the legislation introduced in Congress that would prohibit the unauthorized use of military force in Venezuela: HR 1004/SJ Res 11.

The military-industrial-complex is doing what it always does. It’s simply at it again. The question is, will we let them get away with it this time? Eisenhower warned us, we have not always listened, and it is urgent that we listen now.