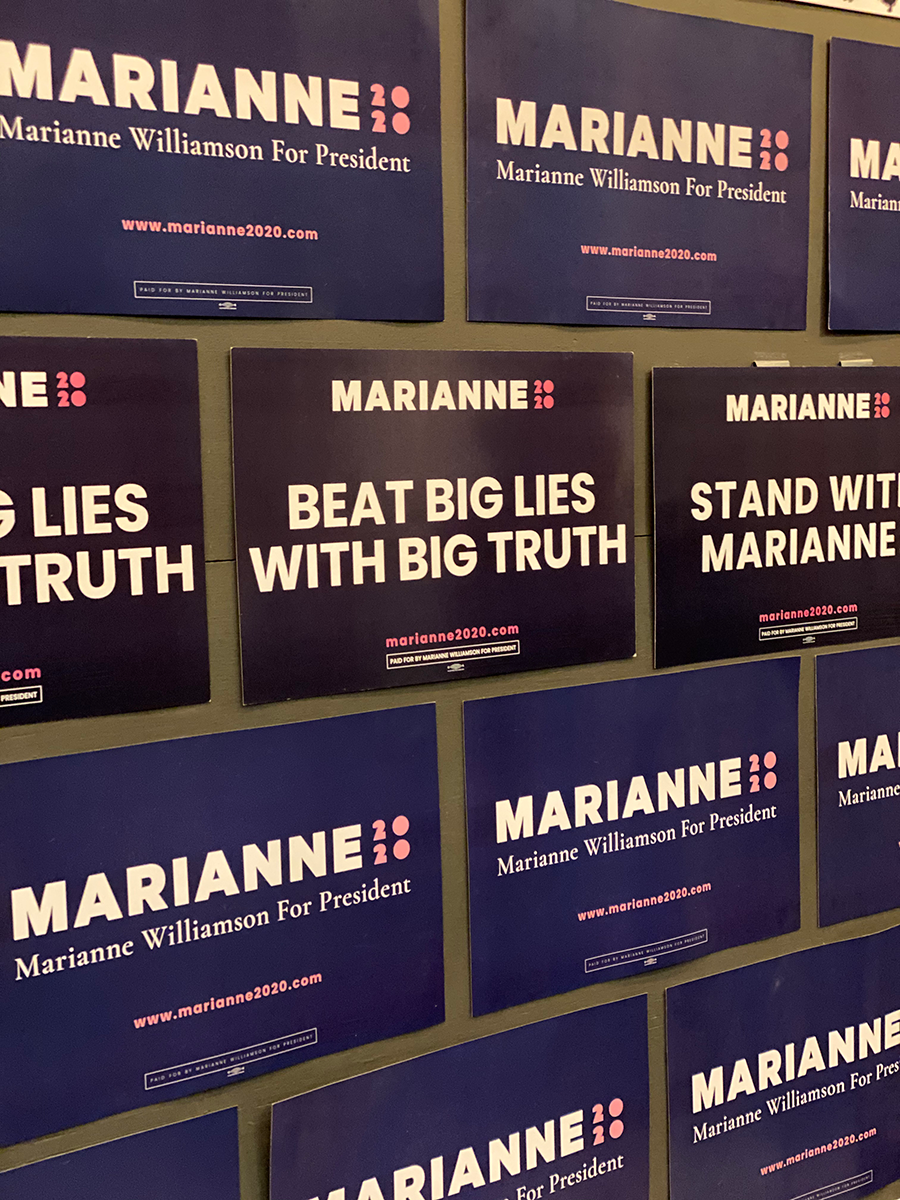 I’m extremely grateful for the contributions that poured into the campaign over the last two days of 2019. They have enabled us to pay down an accumulating campaign debt.

We've had a wonderful team, and I am deeply grateful for their energy and talents. But as of today, we cannot afford a traditional campaign staff.

I am not suspending my candidacy, however; a campaign not having a huge war chest should not be what determines its fate. The point of my candidacy has been to tell the heart’s truth and that does not cost money. Forging a new path for campaigns is going to be necessary, if we’re ever to forge a new path for our country.

The conversation between candidate and voter is what matters. As long as I feel a connection with voters that gets to the heart of things, bringing forth the conversation that would win the 2020 election and help transform this country, I will remain in the race.

Why? For these reasons...

Because I'm talking about the challenges and vulnerabilities of millions of American children, way beyond the ability of our government agencies to absorb or our current infrastructure to adequately respond to.

Because I’m talking about our need to proactively wage peace and not just endlessly prepare for war.

Because I’m talking about ways to incentivize health, not just treat sickness, and to add integrative health modalities to a universal health insurance system.

Because I'm talking about societal wellness in all its forms, including racial and economic justice.

Because I’m talking about the meaning of the Declaration of Independence and the corruption of our democracy over the last forty years.

Because I'm talking about the amoral economics of a corporate aristocracy.

Because I'm talking about a World War II level mass mobilization to reverse climate change over the next seven years.

Because we will not defeat Donald Trump with mere policy prescriptions; we will defeat him with a moral vision for the nation.

Because I’m talking about a politics of love.

There is an inherent value in talking about those things as a presidential candidate. In my mind, the fact that they couldn’t make it into the machine of modern politics is not a reason to stop talking; if anything, it's a reason to KEEP talking.

And that is what I’ll do, as long as we have the resources to do it. I’m in this race if you’re in it with me. In the meantime, it’s amazing what you can do with volunteers.

Thank you for your faith in my candidacy. Your financial support is now more important than ever.

This is not an easy journey, but it’s a critically important one.