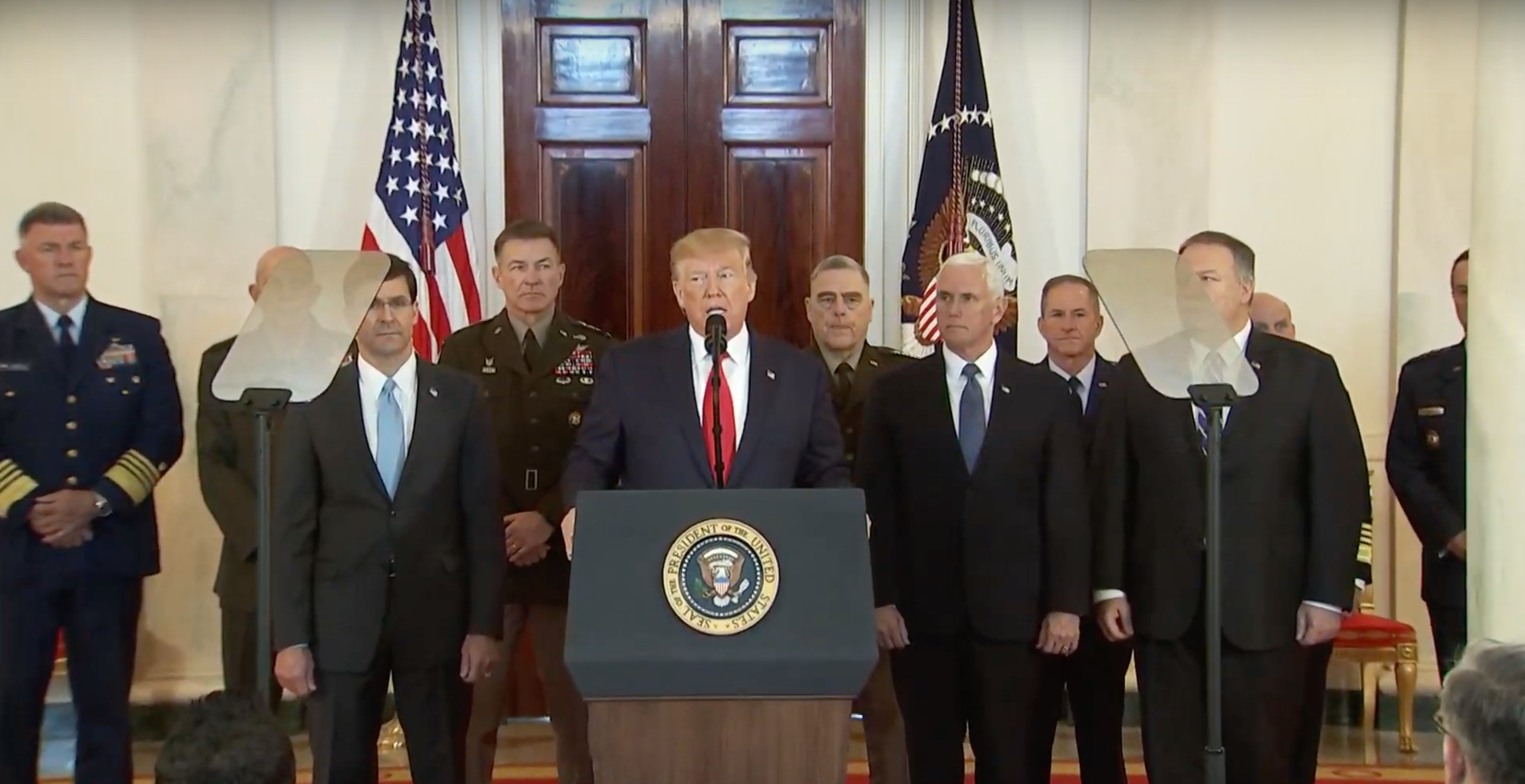 The president just gave his speech to the nation, which unfortunately was not the statement of de-escalation that many of us had hoped for. Rather, he declared there will be increased sanctions on Iran. Those sanctions had already gotten tougher (his policy of "maximum pressure")  since we withdrew from the Iran Nuclear Deal. And be very clear: sanctions are a form of economic violence. It is the people, not the government, that suffers most from them. Sanctions conceivably have a place in foreign policy at times, but they can be  draconian (our sanctions on Venezuela were, as well). It means people cannot get the medicine they need, their basic needs met, their children provided for. The president's speech was threatening in other ways as well, seeming to take the toughest stance possible short of military action. The president did not go over the cliff, but neither did he step away from it.