Telling the truth, inspiring the heart. 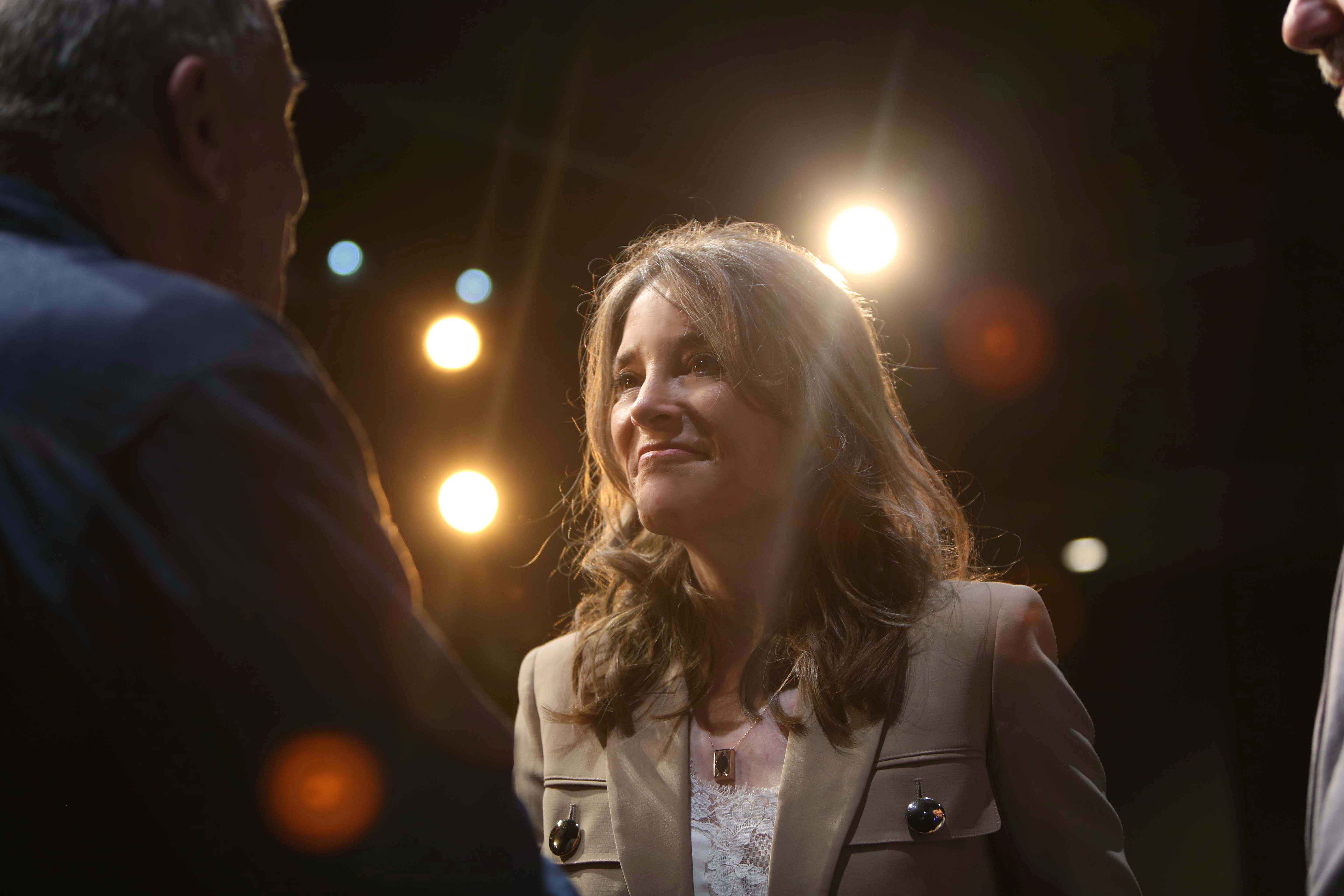 What does America need? We need to love our country and to love each other enough to make some bold and necessary changes. We need to face some things that are difficult to face, and rise from the ashes of denial and despair to do something about them.

We need public funding of federal campaigns in order to override Citizens United, because until we get the money out of politics then nothing will fundamentally change. We need universal health care and a $15/hr. minimum wage. We need free college at State colleges and universities. We need to remove the burden of our student loan debt.

And yes, we have the money for all that!

We need to repeal the 2017 $2T tax cut that gave 83 cents of every dollar to the richest individuals and corporations (then put back in the middle class tax cut!) We need to end corporate subsidies like the $26B we gave to the fossil fuel companies alone last year. We need to insist the government can negotiate drug prices with Big Pharma. We need to keep our military budget to what the military says they need to buy, not just what defense contractors want to sell.

Moreover, we need to realize that every dollar we put into helping people thrive is a dollar we are putting into the economy. By uncapping people’s dreams, we support their living at a higher level of creativity and productivity – which in turn becomes more spending, more consumer base, more tax revenue, and ultimately an end to the repressive and even tyrannous rule of trickle-down-economics.

And we need to do more than that.

We need to address the chronic trauma of millions of American children who are trapped in violent communities and in classrooms with inadequate school supplies with which to teach a child to read. We need everything from more funding for education to wrap-around services to trauma-informed education to mindfulness in the schools. We need a cabinet level Dept. of Children and Youth, and a massive realignment of investment in the direction of children ten years old and younger.

We need a completely transformed Environmental Protection Agency, led by a world class scientist and a magnet for sustainability experts. We need to face, as a nation, the moral emergency of our climate crisis. We must commit to doing everything necessary – including achieving carbon neutrality by 2030 – in order to stave off planetary catastrophe.

In addition to universal health care, we need to understand that even that is not enough when so many of our environmental, food, chemical and agricultural policies make us so much more prone to sickness. We need a president who understands this, and a completely revitalized Food and Drug Administration no longer beholden to corporate interests.

We need to realize that we cannot have an abundant future unless we clean up our past, and therefore we should pay reparations for slavery and take reparative measures toward Native American communities as well.

And we need to face the perilous nature of our national security agenda, based as it is on endless preparation for war and far too few proactive efforts to wage peace. All that will change with a Williamson presidency, as we develop a United States Department of Peace through which we will reclaim the moral authority of a nation once again using its power to champion the values we hold most dear.

Few of the solutions I mention above will be achieved by the political status quo, because all of the problems I mention above were created by the political status quo! I challenge the notion that only those whose careers have been entrenched in the system that got us into a ditch are qualified to lead us out of it. Quite to the contrary. Among other things, people who have themselves received hundreds of thousands of dollars in donations from securities and investment firms, Big Pharma, oil companies and chemical companies, aren’t going to go to Washington to challenge its sacred cows.

And that would be me.

I hope you will join me in a great revolution of consciousness, by which we achieve historic changes and make the world a better place.