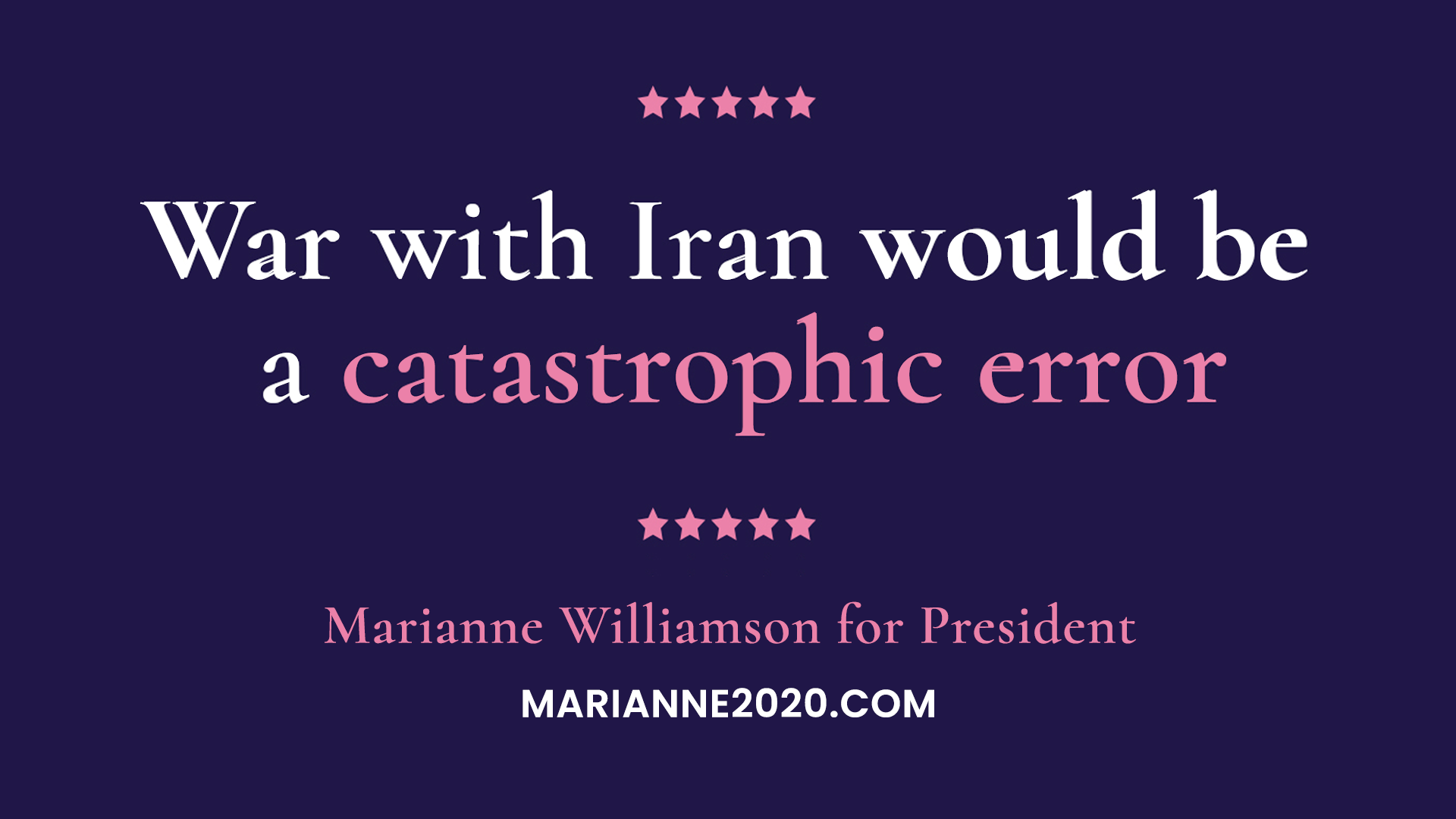 January 3, 2020
‍
We cannot as responsible citizens look away from what’s happening with Iran right now.

When Saddam Hussein was in power in Iraq, Iraq and Iran spent years at war with each other. In a strange way it was helpful to the United States that Iran had its hands full dealing with Iraq. One of the unfortunate consequences of our deeply irresponsible invasion of Iraq was that it emboldened Iran.

Iran has been a very active player in Middle Eastern politics, and not in ways that are helpful to the United States to be sure. The withdrawal of the U.S. from the Iran Nuclear Deal strengthened the hand of the hardliners there, making their activities in the region more dangerous. Recently the United States led attacks against Iran’s network in Iraq in response to the death of a US contractor at the hands of Iranian-backed militias, which in turn led to an attack on the U.S. Embassy in Baghdad. In response to that, President Trump ordered the assassination of one of Iran’s highest military commanders, Qassem Soleimani.

The killing of Soleimani is extremely serious, and will almost certainly cause a significant reaction from Iran. It’s not that Soleimani was a good man; he was not. But that’s not what this is about. It’s about the wise versus unwise, responsible versus irresponsible use of military power.

Now the president has called for deploying 3,000 more troops to the Middle East. Make no mistake about it, this is an extremely dangerous moment for our country and for our world.

Every American must realize that war with Iran would be catastrophic. When anybody tells you that we’re going to go over there and handle the bad guys, whoever they are and wherever they are, remind them of Vietnam and remind them of Iraq. The cowboy-like imagery employed by warmongers in both cases is dangerous and insane. War in Vietnam was irresponsible and tragic; war in Iraq was irresponsible and tragic; war with Iran could be irresponsible, tragic, and possibly cataclysmic.

How did we get to this? We certainly can’t blame it on our Founders. According to the Constitution, the president must seek congressional approval before declaring war. Yet after 9/11, Congress passed—and continually authorizes—the National Defense Authorization Act, giving the president broad powers to do whatever he thinks necessary to “fight terrorism.” The NDAA is an absurd abdication of congressional authority, and the sweetest gift possible to the military-industrial-complex.

Today the administration is going into overdrive trying to justify Soleimani’s assassination. One argument is that he was responsible for the deaths of hundreds of Americans in Iraq; remember that our invasion was responsible for the deaths of thousands of Americans in Iraq. They’re also claiming that there were imminent attacks being planned against the United States. That, I do not doubt. So we should thwart any such attacks, of course! But killing Soleimani will only ensure more of them. American military and civilian personnel were already at risk in the region, and now they are only more so. Let us hold them in our thoughts and prayers today.

There are reasonable people in the American defense establishment surely trying hard to reign in the more reckless impulses of our president now. My hope is that they will prevail.

I will be monitoring this situation as closely as possible, and will give you my thoughts as things develop. Please check my social media platforms for regular video updates.