On the “Electability” Issue 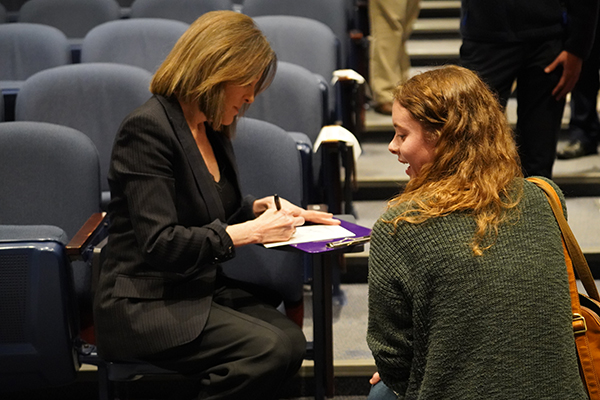 I believe I’m the “most electable” person to face Donald Trump in the election of 2020. In the words of New York Times columnist David Brooks, “Marianne Williamson knows how to beat Trump.”

The President will be running next year with all the tools in his tool box. And they are these:

The President is not just a politician. He’s a phenomenon of almost cult-like power, and that is not something we should ignore. Traditional political strategy lacks the emotional and psychological depth necessary to override the nefarious influence of such a figure.

The kind of fear that the President exploits is very dangerous for this reason: it overrides rationality. All of us have seen it, all of us know it, and all of us are deeply concerned. As well we should be.

Only one power is great enough to override collectivized fear, and that is collectivized love. This is not nonsense; it’s neuroscience. People can mock the idea, deride it, make fun of it. But there’s one thing we shouldn’t forget about the notion that love is the greatest motivating force —and that’s that it’s true.

Please consider very deeply what I have said here. Nothing could be more serious, more important, or more critical for our future than that we think creatively about what we’ll be facing next year.

You can’t fight dog whistles. You have to drown them out with a more beautiful noise.

And I know how to do that.

Join with me in this, and we will prevail not only next year but way beyond. We will do more than win an election. We will transform our country.