NO on the National Defense Authorization Act 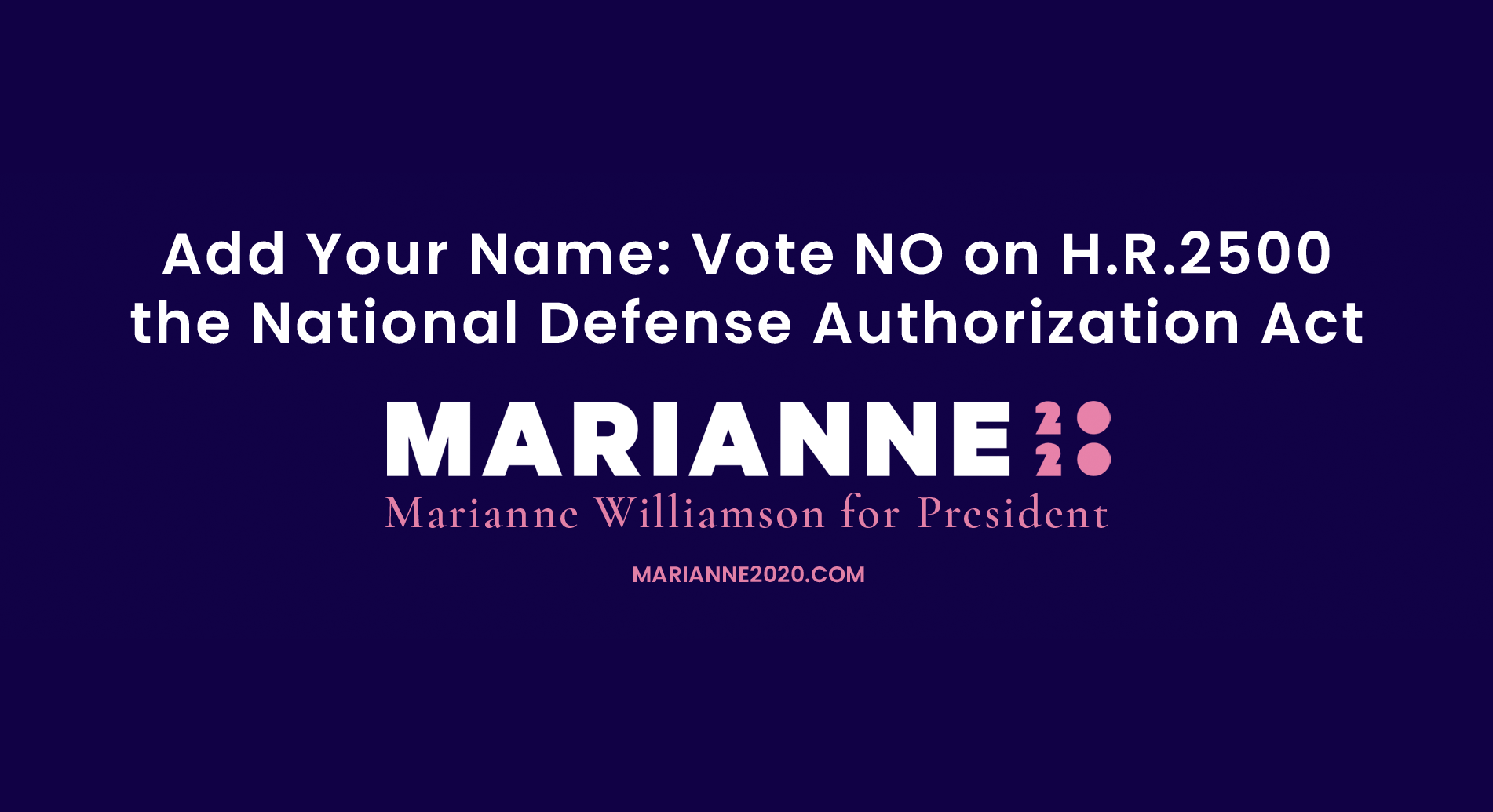 One of the reasons I am running for president is to stem the tide of our increasing, unnecessary militarization. This week was not a good week for those of us who take seriously these words of President John F. Kennedy: “Mankind must put an end to war before war puts an end to mankind.”

Earlier this week, the $738B National Defense Authorization Act passed the House. And if the bill passes the Senate and is signed into law, we will have a sixth branch of the U.S. Military: The Space Force. Our government is militarizing space!

In order to get the bill passed, the House did throw in something positive: 12 weeks paid family leave for all civilian federal workers. But, partial paid family leave as a carrot to justify a corporate giveaway that threatens the safety of the planet is not a compromise we should accept.

Turning our government into a fully-owned subsidiary of the military-industrial complex is unconscionable, and we must end it. Like frogs in boiling water, we should realize when the temperature has gotten too hot—and we should act.

Support every effort to stop the madness. Contact your Senators immediately and urge them to vote NO on H.R.2500. And sign and spread this petition, expressing your disagreement with the bill and what it means for our future.

This message is critically important and it must be heard...