My Pledge to LGBTQ+ People 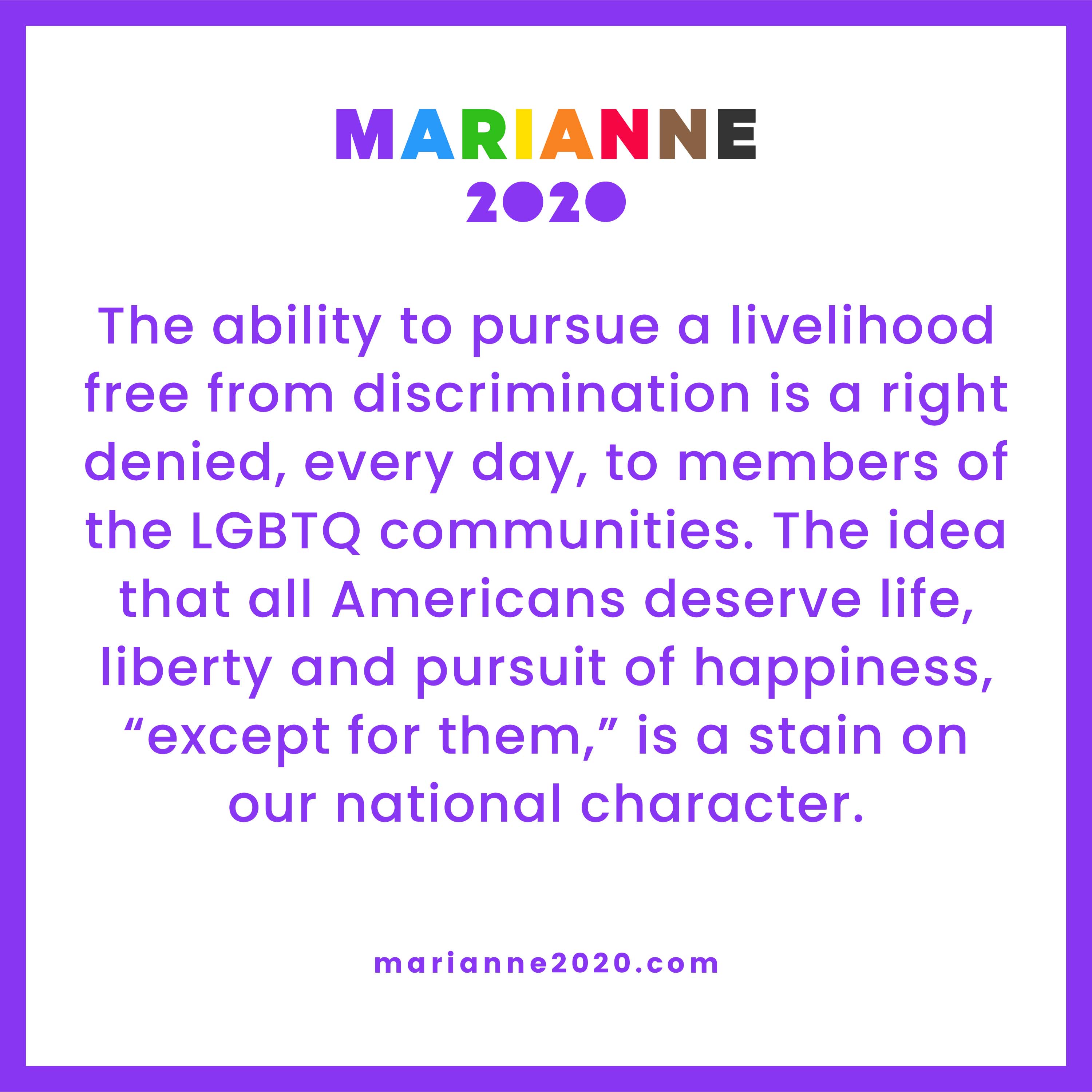 I've had a special relationship with the LBGTQ+ community since the 1980’s, when AIDS burst onto the scene and my lectures in Los Angeles were just beginning. The disease was so deadly that it took Western medicine years before any of their efforts to treat it bore fruit, and until that time the diagnosis of AIDS was an automatic death sentence. Spiritual solace was desperately needed, as thousands sought to live with the horror of what was happening all around us.

What I learned from that time, I will never forget. I learned that no matter what we are going through, our willingness to go through it together makes a situation more bearable. I learned that even in the midst of the deepest darkness, love shines bright and guides the way. And I learned that those who have been in our lives, even when they pass remain in our hearts.

Also during that time, along with the help of others I founded non-profit organizations in Los Angeles and New York that gave non-medical support services to people living with HIV and other life-challenging illnesses. In Los Angeles I founded Project Angel Food, a meals-on-wheels program for homebound people living with HIV that today has served over 11 million meals. This month, Project Angel Food will celebrate its 30th Anniversary.

While thanks to Western medicine the horror of the AIDS crisis has radically diminished, other challenges to the LBGTQ+ community have unfortunately continued. This month, in celebrating Pride, let us also remember the serious discriminatory practices that still plague members of that community. In a country whose mission statement, articulated in the Declaration of Independence, is that all men are created equal; that God gave all men inalienable rights to life, liberty and the pursuit of happiness; and governments are instituted among men to secure those rights, it is incumbent upon every American citizen to be hyper-vigilant regarding the protection of those rights for everyone.

Just as I took a stand for the LGBTQ+ community during the AIDS crisis, as president I will just as vigorously address the challenges that they face today. In addition to the issues listed above, I will immediately repeal the president’s ban on transgender people serving in the US military. The idea that any American willing to literally lay down their life for this nation if need be, is rejected rather than embraced, is a moral anathema to me.

In the words of Martin Luther King, Jr., “injustice anywhere is a threat to justice everywhere.” This month, as we celebrate the achievements and contributions of this extraordinary community of our fellow Americans, let us also be aware of the injustices still faced, the indignities still suffered, and the work still left to be done by all of us in order to fulfill our destiny as a nation dedicated to liberty and justice for all.

With love for all,
Marianne