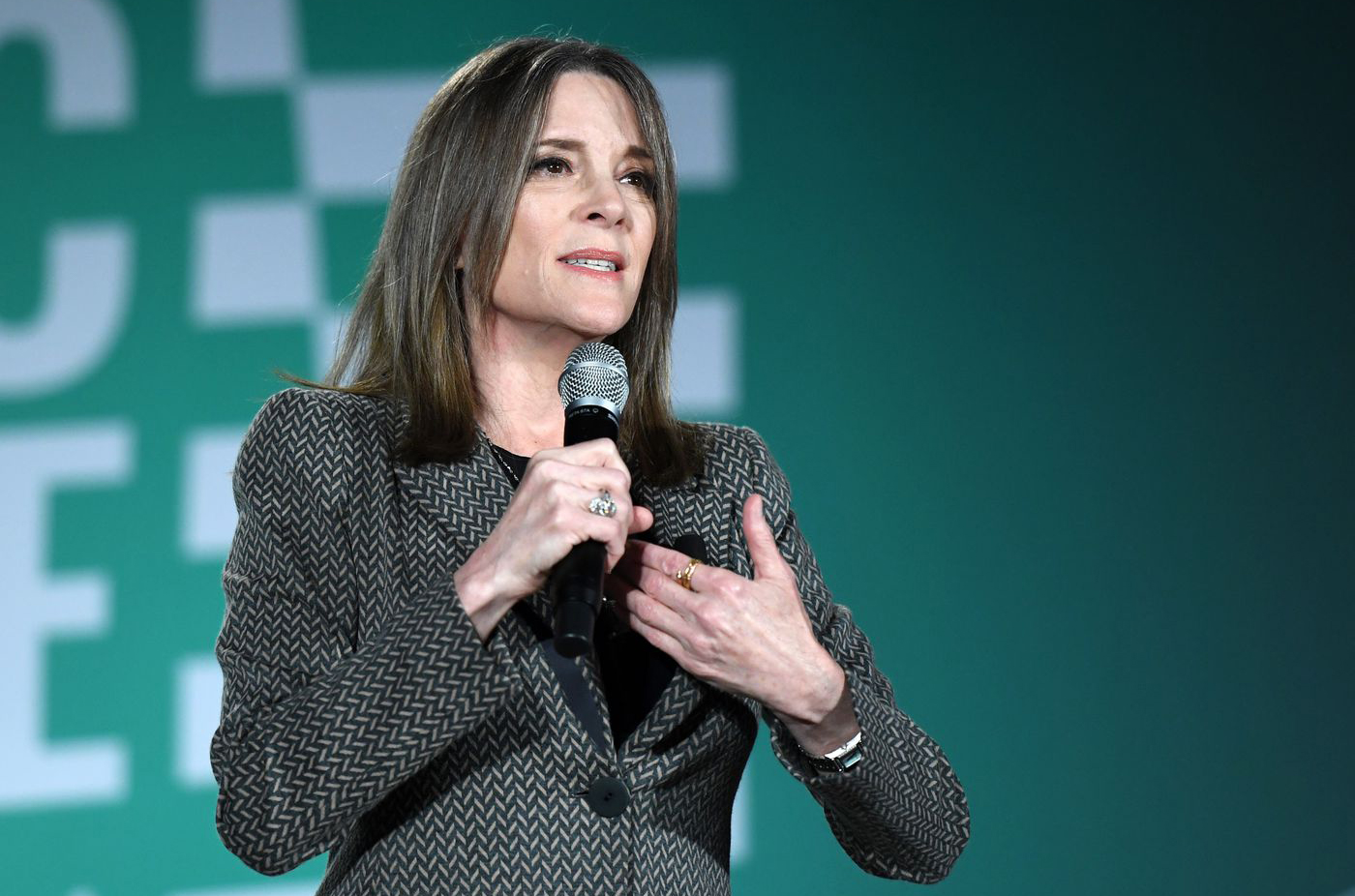 In August, 2020 presidential candidate Marianne Williamson visited San Francisco to meet with “some big tech people,” and one of the topics they discussed was economic inequality in the US. In an interview today with Recode’s Kara Swisher, she said their responses reminded her of the rich East Coasters who hang out in the Hamptons.

“What I got in both places is that when you say, ‘Come on guys, this is not capitalism, this is a virulent strain of capitalism, this has got to stop,’ what do I get?” Williamson asked. Then, she imitated the rich people’s resigned response: “Yeah, yeah, yeah, you’re right, I know.”

“I think these guys know — it won’t be Bernie [Sanders], Elizabeth [Warren], or Marianne that’s going to storm the Bastille,” she added. “If they don’t course-correct, there’s going to be millions and millions of young people coming up, and they’re going to storm the Bastille, because they’re saying, ‘What’s global capitalism ever done for me? What am I supposed to be scared of in socialism, the free health care or the free college?’”

The full interview will be available later this week on our podcast Recode Decode with Kara Swisher, which you can listen to on Apple Podcasts, Spotify, Google Podcasts, TuneIn, or wherever you get your podcasts.

The upcoming podcast covered a wide range of topics, including why Williamson rejects being labeled a “long shot” candidate by the media, why she supports breaking up tech “monopolies,” and what she would do if she were the CEO of Twitter — which she characterized as the meanest social network.

Williamson’s central policy proposal to remedy income inequality is repealing the 2017 tax cuts, along with reallocating corporate subsidies for oil and gas companies and big pharma for the benefit of the middle class. She said she also supported Elizabeth Warren’s new proposed taxes on billionaires and multimillionaires, and offered that it’s her belief that many of the people who would be taxed support them, too.

“No socioeconomic group in this country has a monopoly on values,” Williamson said. “And I don’t think that the average person who has created wealth in this country wants to feel that they’re doing that at the expense of other people getting a shot at it.”

If capitalism and its wealthiest winners do not “reclaim some sort of ethical core,” she predicted, then “chaos ensues.”

“There is no amount of money that can protect any of us, or our children, from what will happen in this country if total chaos erupts,” Williamson said. “And a large part of avoiding that scenario is righting the ship economically ... this is unsustainable.”