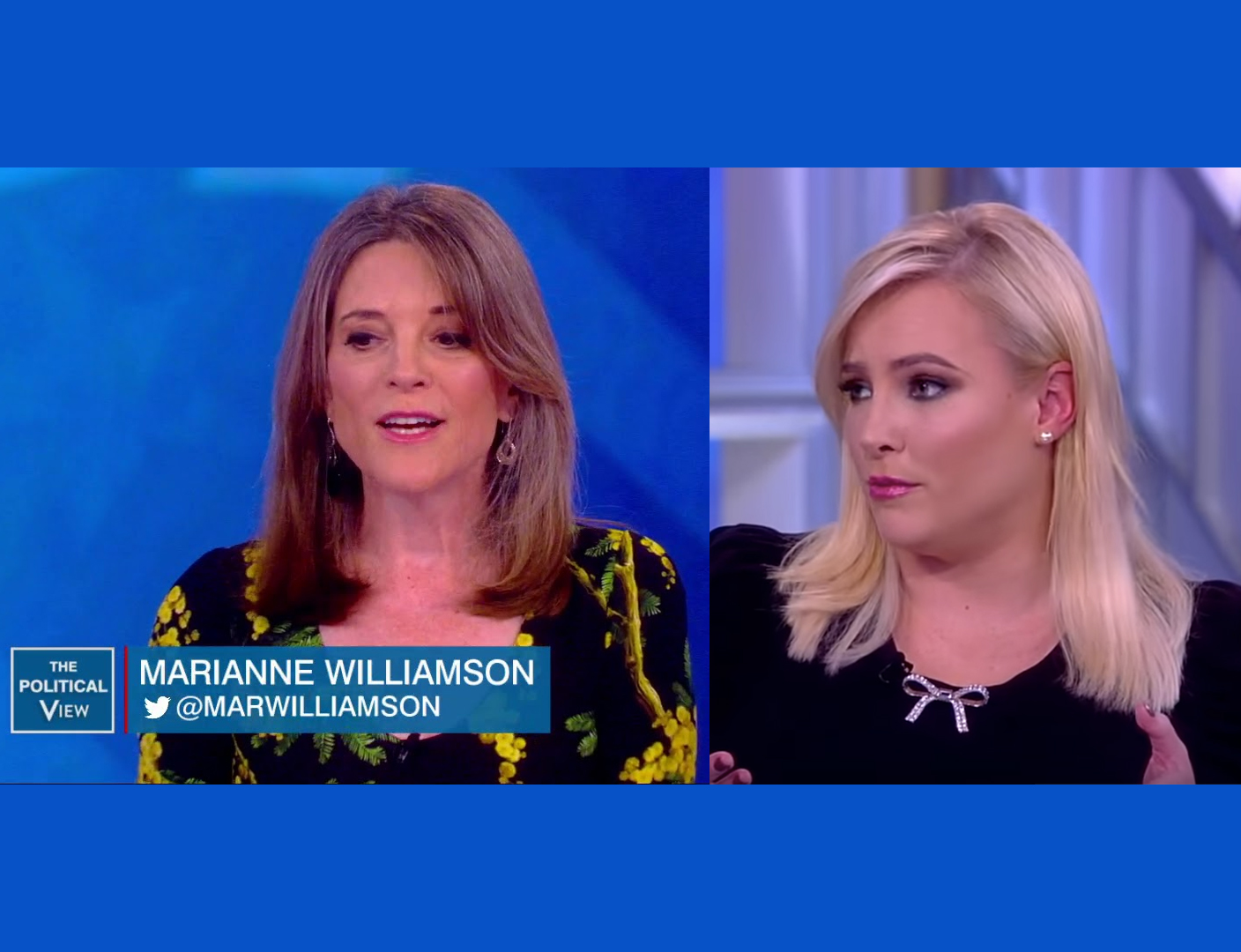 During my interview yesterday on The View, Meghan McCain dismissed me and compared me to Donald Trump. Today on the show she said that I should drop out of the race.

The energy of “Who let YOU in?!” could not be more clear. And I believe that that energy should be challenged.

I know who let me in: YOU did. And I intend to stay.

While it’s sad to see any woman tell another woman to “just go away,” what’s most important is that we not do that.

‍If you agree, please donate $5 to make sure I stay in.‍

Today my campaign sent out the following press release, and I hope you will join us in countering Meghan’s overt efforts to invalidate our campaign.‍

Friday, June 21, 2019Marianne Williamson’s Fierce and Authentic Message is a Threat to Meghan McCain and the Republican Establishment

“For the second day running, Meghan McCain has chosen to attack and misrepresent who Marianne Williamson is and her stance on the issues.Why? Because Williamson’s values-based, morally driven message—combined with the Democratic Party’s desire for all to be part of the American dream—is powerful and is resonating with voters.Meghan McCain owes Marianne Williamson an apology. For addressing Williamson rudely, dismissively and with total disrespect, and for comparing her to Donald Trump which couldn’t be further from the truth.Meghan McCain should have done her homework:

We suggest that Meghan McCain read Williamson’s book, A Politics of Love, which we sent her before the show. A Politics of Love confronts the cancerous politics of fear and divisiveness threatening the United States today, urging all spiritually aware Americans to return to—and act out of—our deepest value: love. We encourage her to also read the first #1 bestseller A Return to Love.Meghan McCain’s words and deeds are what is wrong with American politics. The entitled and those entrenched in the establishment do not want to hear a different message. American voters do."

‍Thank you for standing with me, as all of us together now say, “Thanks, Meghan. But we think we’ll stay in.” ‍

If you agree, donate $5 to lift up our message and fuel our campaign.