Marianne Williamson's presidential campaign message is one of healing 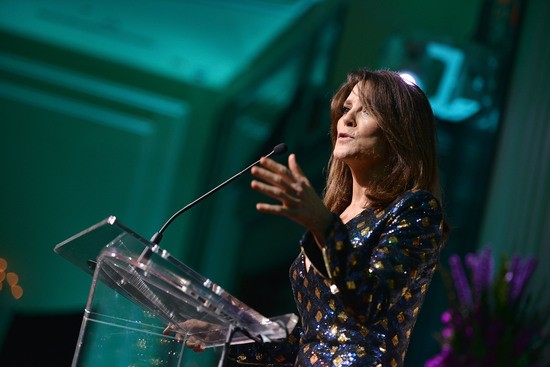 It’s not every day that we have a candidate for President whose career is built on messages of healing, authenticity, inclusion and transparency. More than ever, we need these leading life principles to change the face of politics especially considering today’s social and political climate. Often it’s asked, “who have we become as a nation?” but one candidate envisions and speaks authoritatively on “who we can become as a nation.”

Marianne Williamson comes wrapped as a soft-spoken, yet passionate speaker and leader, entrepreneur, political activist and bestselling author. She has touched the lives of millions in her thirty-plus years as a spiritual leader on the world’s stage. She’s made several television appearances with her own personal stories of growth, healing and redemption. She’s a longtime participant in the political sphere and has experience as a candidate—she finished fourth in a 2014 California congressional primary.

I still remember watching Marianne Williamson on the Oprah Winfrey Show, and I have been inspired by her work for years. Still, like many others, I had no idea that she’d announced her candidacy for president in January. When I did learn of her candidacy in March, I felt compelled to speak with her, so I placed a few calls to friends and the rest is herstory. Our conversation helped me understand the significance of her candidacy, and what it means for the 2020 race...