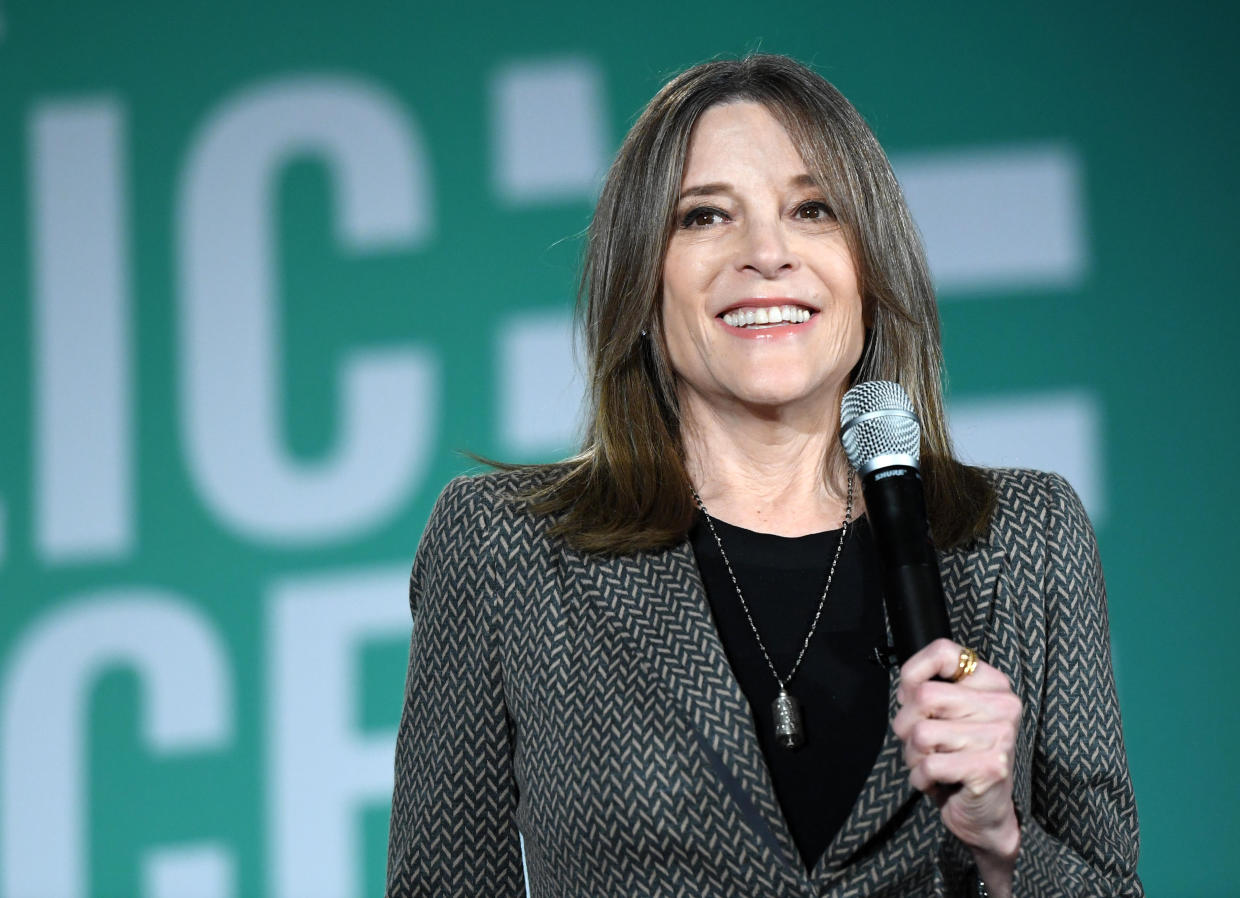 2020 Democratic hopeful Marianne Williamson said Wednesday in an interview with CBSN that she is following the words of President Franklin Delano Roosevelt that the "primary aspect" of the presidency is to have "moral leadership." Williamson is a longshot Democratic candidate who has been criticized for focusing on her version of spiritual healing rather than policies.

"I believe we need a political vision and moral vision now," she said. "More than we need another political technocrat. The gun issue is an example — these people have not gotten it done. And it will not get done without an uprising of the consciousness among the American people."

Williamson, who spoke to CBSN's Elaine Quijano days after mass shootings in El Paso, Texas, and Dayton, Ohio, slammed President Trump for saying there is no political appetite for banning assault weapons. "Maybe not among his passionate supporters and donors which means NRA and gun manufacturers," she said.

Williamson was the most searched candidate on Google after last week's Democratic debate, but that hasn't been reflected in polling. She said her "heart isn't saying give it up, my heart is saying you've got it, girl." Williamson said she only needs 16,000 unique donors to qualify for the third debate, saying "people are making it clear" by supporting unconventional candidates.

"I have a lot of respect for politicians and for political experts, but there's nothing in our Constitution that there is supposed to be this gatekeeper class," Williamson said. "There's no mention of political parties in our Constitution. Our Constitution says the qualifications for the presidency is that you are born here, that you are 35 or older and that you have lived here for at least 14 years. We have this kind of political media industrial complex — this idea that has been created that it is their job to tell us who's qualified."

Williamson will be attending the Iowa State Fair this weekend, and she said she will "open my heart and say what I feel on any given day needs to be said."

"We need fundamental disruption of the economic and social and political status quo in the United States," she explained, "And we need a far more integrative approach to the possibilities of the 21st century. Even with what's going on here with the gun legislation — we need to deal with the symptom, which is gun violence, but we also have to deal with white nationalism. I'm the candidate who has been talking about this ... I'm the candidate who is getting to the heart of the matter."

Williamson has also outlined her plan for a reparations, a topic that got her a lot of attention at last week's debate. She proposed a "reparations council" composed of 30-50 people who have "deep relationship with subject of reparations." Her proposal is $200-$500 billion that would be dispersed over 20 years and would be used for purposes of "economic and educational renewal."