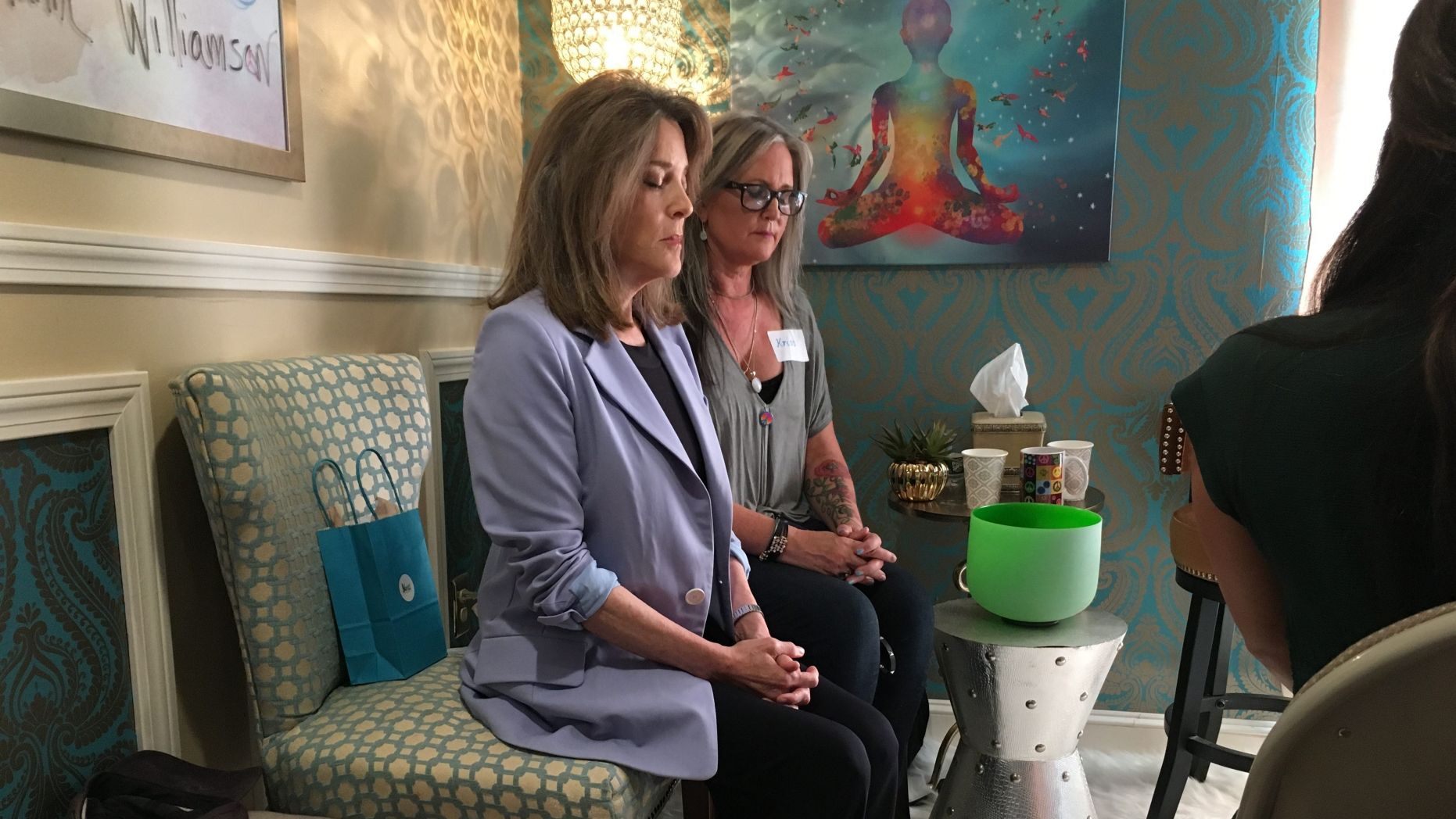 It’s something you normally don’t see on the presidential campaign trail.

Democratic White House contender and best-selling spiritual author Marianne Williamson led a meditation on Monday during a campaign swing in New Hampshire, the state that holds the first primary in the race for the White House.

“It’s unique for a campaign event but it’s not unique for America and I think that’s part of what my campaign is all about,” Williamson told Fox News.

“We’re bringing a lot of people into the system who are very much a part of mainstream America but who have felt disconnected from politics, particularly I think progressive politics,” she emphasized. “The whole world of spirituality, meditation, yoga, this is very much mainstream American culture today.”

Williamson was invited to the meditation by Kriss Blevens, a well-known New Hampshire-based makeup artist who’s been making up presidential candidates for three decades.

Blevens, who made up Williamson earlier this year, invited the candidate to lead a meditation on peace to help launch what she calls "Core Beauty," a new “sacred space” for mediation inside her existing Kriss Cosmetics studio in Manchester, New Hampshire’s largest city.

Blevens – who’s an independent voter – noted that she remains neutral in the primary but that she agreed with Williamson on many issues.

“I work on all the candidates, all parties. But her message speaks to my soul. I think we look at life the same way,” she explained.

Williamson, who's proposing to create a Department of Peace, told Fox News that “politics should be where we express our collective wisdom and that is all that finding your heart is about."

"Politics has become too separate from too much of normal life and this is just normal life today,” she said

Williamson, a lower-tier candidate, failed to make the stage for Thursday’s third round Democratic presidential primary debate. But she’s enjoying larger crowds on the campaign trail this summer and is just three qualifying polls short of making the cut for next month’s fourth round of debates.