Marianne Williamson is the only true anti-Trump 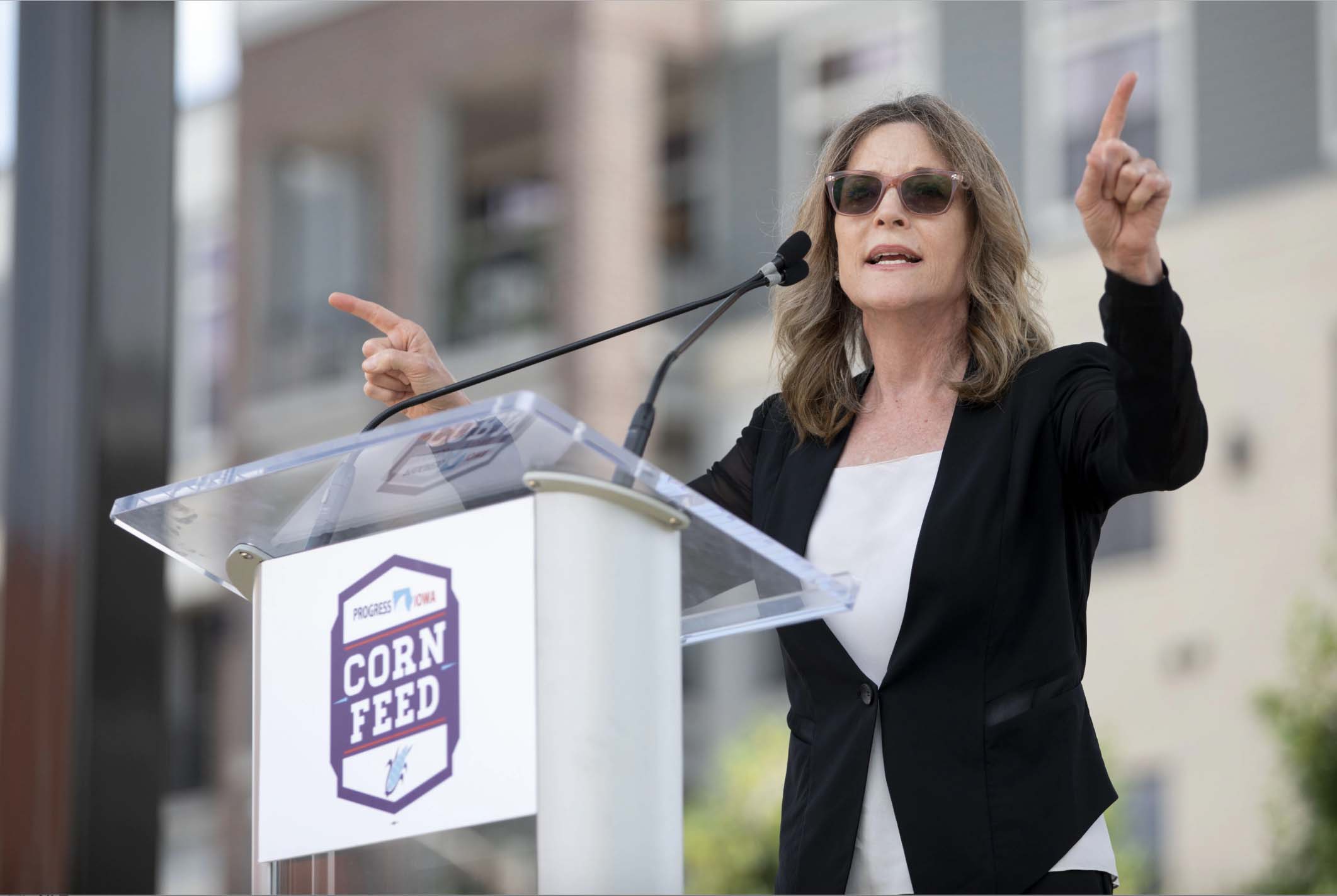 New Hampshire may be the Granite State, but it appears to have a wee soft spot for long-shot presidential candidate Marianne Williamson. The best-selling self-help author garnered 1.5 percent support in a new Democratic primary poll by St. Anselm College.

Critics will quibble that 1.5 percent is . . . not anything close to a majority. Indeed, it’s within the poll’s margin of error. But that still beats “serious” candidates such as New Jersey Sen. Cory Booker (1.2 percent) and New York Sen. Kirsten Gillibrand (0.7 percent). Besides, Williamson tells us in “ A Return to Love,” “the world of the human storyline . . . is a veil in front of a more real world, a collective dream.” So let’s take a moment to dream about, well, a collective return to love, if only because her candidacy offers so many interesting parallels to that of our current president.

One can sketch a path for Williamson to the presidency, though it’s a narrow, meandering one through remote mountains and high cliffs. Her sort of metaphysical spirituality has a distinguished pedigree in American culture, and as Norman Vincent Peale and Joel Osteen could attest, the deity she invokes — a cosmic grandparent, affectionate and undemanding — appeals across the political spectrum.

She’s also a celebrity. Especially in a divided field, celebrities can sweep to an unexpected victory thanks to name recognition and unimpeachable outsider credentials, as Arnold Schwarzenegger, Jesse Ventura, Ronald Reagan and Donald Trump all did.

Williamson’s celebrity has been underremarked because her work sits at the profitable intersection of spirituality and self-help, two genres disdained by the political class. Which leaves the political class with an unfortunate blind spot: capable of naming every third-tier conservative radio host but often drawing a blank on figures such as Dave Ramsey, the evangelical Christian personal-finance guru who attracts 14 million radio and digital listeners a week. Williamson isn’t quite in Ramsey territory, but she has sold millions of books, and her fan base could push her through at least the September debates.

With some difficulty, one can then imagine Williamson’s gripping and unconventional debate performances earning her a plurality in a crowded primary field. That would retrace Trump’s path in 2016 — one reason it’s unlikely, because Democrats are forewarned. But Williamson has some of Trump’s other strengths: no inconvenient record of unpopular political decisions to explain, no political relationships yoking her to an ossified party consensus, no policy experience.

That last is a great disadvantage once you’re in office, as President Trump keeps demonstrating. But before that, he showed us an unexpected upside. When you don’t know how hard policy is, you’re not afraid to make big promises and to phrase those promises for voter appeal, not for verisimilitude.

Williamson is already deploying many of the tactics with which Trump covered his policy deficits and is using them more deftly. She avoids the embarrassment of mangled detail by shunning specifics in favor of general statements of principle. Or she changes the subject entirely, as when she dodged a debate question about prescription drug prices by detouring into environmental degradation and poor diets.

Such workarounds served Trump surprisingly well. Only a small-but-influential fraction of the base really craves wonky detail. Though a much larger portion of today’s Democratic base is mostly looking for an anti-Trump, it will be hard to sell them on a different inexperienced celebrity.

Yet we should note that in one respect, Williamson is the only true anti-Trump to emerge thus far. The core of Trump’s campaign was rage: at the foreigners, the media and the Republican establishment who had collectively destroyed American greatness. Appalled Democrats went on the debate stage last month and offered us instead . . . rage at the Republican establishment. Along with bankers and pharmaceutical executives and Trump himself, who loomed larger on the stage than any actual candidate.

The targets might be different, and some of them are better, but the promise is essentially the same: Vote for me, and I will smite the unrighteous with fire and brimstone. Then I will deliver their ill-gotten gains unto thee.

Only Williamson declined to fight the enemy on the ground of his choosing. She exuded an ineffable, almost otherworldly positivity, even when attacking multinational corporations or Trump. “So, Mr. President, if you’re listening, I want you to hear me, please. You have harnessed fear for political purposes, and only love can cast that out. . . . I will meet you on that field. And, sir, love will win.” If the United States is truly hungering for something different from the past few years, then Williamson should win in a landslide.

Likely? Not remotely. But it seems possible, though only barely, that voters might eventually conclude, “We could do worse than a four-year love-in.”

After all, we just did.