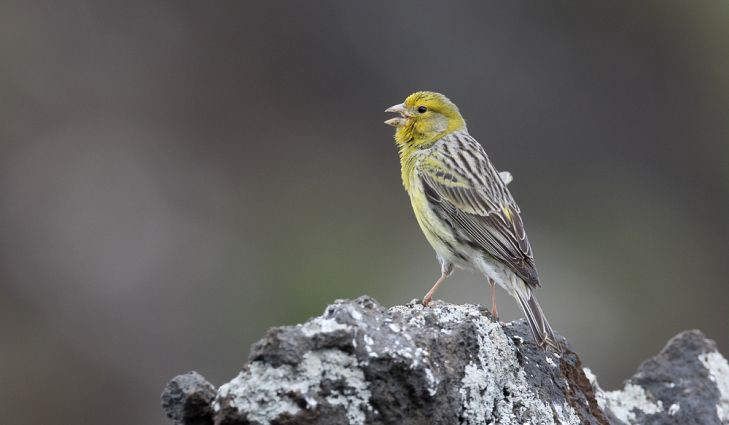 Whatever you think of Marianne Williamson or the fact that she ended her presidential campaign this week, is inconsequential.

We have a few things that make America, America — namely our freedom of the press and our freedom of speech. The way in which Williamson (and Harris and Gabbard) were treated in this election should appall every woman who still fights for equality and any American citizen concerned with the future of our Democracy as we know it.

Take for example, the polls and info graphics that omitted some of the presidential candidates running. Williamson was regularly cut from candidate photos, stories and polls from the outset, denying the American public all the options and restricting their choices. By the end, some people had never even heard of her. Was it the journalist or their publisher’s decision to do this? If a journalist can’t tell their story for fear a sponsor will pull-out or they unscrupulously spread false rumors because they are too lazy to do their own research, is that the “new” freedom of the press?

Skewed poll results featured “viable candidates” and yet those same poll results were used to influence people’s opinions on ALL the candidate’s “viability to win.” If you don’t support someone because you don’t think they can win, then question WHO is telling you they can’t win. It was a sick hive mind loop, hell bent on keeping the status quo.

We know that the Russians facilitated Trump’s win in 2016 by infiltrating social media to propagandize. And we know by self-admission that the DNC subverted Bernie Sanders’ run for the Democratic nominee in 2016 and rigged the nomination process in favor of Hillary Clinton. The message to America was your vote didn’t matter and your “pre-vote” also didn’t matter.

What we hadn’t seen yet though, was a large scale, calculated, well-funded smack down of a progressive newcomer at the national level to the point that her own base turned against her. She was attacked by not only conservatives but also Democrats and most disturbingly, by women liberals — even though they shared her values and comprised some of her base prior to the smear.

The take down strategy? “Operation: Mock, Reject & Omit.” This was a master hit job — cruel, relentless and paid for until victorious. And with the DNC, the self-appointed gatekeepers of the electoral process, constantly moving the bar to make the debates, Williamson didn’t stand a chance to win the primary. Oh there was a “witch hunt” going on alright, but it wasn’t at the top, it was at the bottom. The message now became that your “pre pre vote” didn’t matter.

Williamson was triggering every hot button that normally politicians avoid and by the second debate when she started getting applause for her ideas, the axe fell. Talking points seriously mischaracterizing Williamson’s positions on vaccines and anti-depressants were uttered almost verbatim across every network, newspaper and magazine within days.

Social media had a field day with outright lies and rumors about her. Williamson’s immediate response was to refute, deny and correct but no one can out run (or out spend) a massive media tsunami. If we don’t have freedom of speech without retribution then we don’t have a true democracy.

But who would have had a vested interest in her absence? Perhaps big chemical or pharmaceutical companies might applaud her exit — those that advertise their drugs and products on all the major media outlets you consume where she could be interviewed as a candidate? She was mostly relegated to daytime versus ratings-fueled prime time where her message could be heard. You’d be stunned at her minuscule allocation.

All she ever wanted was an independent party to monitor these industries but that was enough to irk the ire and to spread lies which unleashed a liberal rage and a media push back never seen before. And p.s. Some of those companies are now being indicted for the very same over-prescription and mass marketing harmful behaviors that Williamson called out.

Williamson wanted ALL money out of politics. Enemies weren’t hard to find. There were defense contractors who stood to profit from more wars rather than wage peace as she advocated. As a pro-choice candidate and a gun safety advocate, she threatened the future of the NRA and the goals of conservative, evangelical and anti-abortion groups. With her anti-mass incarceration and pro-immigration stances, she angered those who stood to profit from building jails and detainee centers that heartlessly rip immigrant children away from their parents. Racist and hate groups were diametrically opposed to her reparations plan. The list of players goes on.

Any one of these opposing groups funding elected politicians or any of her Democratic opponents with a large opp research war chest could have launched a surface-to-air media missile to take her campaign out. While other candidates were spending money to get elected, she was spending her limited grassroots funding to refute the falsehoods.

The word “Democracy” means a government “of the people.” Marianne Williamson was of the people — an intelligent orator, activist and leader for more than 30 years on topics of peace, human rights, women, children and environmental issues. More times than not she was reduced to “Spiritual Guru to Oprah” when introduced, rather than “entrepreneur and author of 13 best-selling books” OR the “founder of Project Angel Food, a non-profit that feeds AIDS patients,” OR “founder of Sister Giant, a national political forum to affect change and elect women political candidates” OR “co-founder of the Peace Alliance, an organization to make peace building a priority through legislation.”

None of her secular resume mattered. Instead, she was a labeled a “religious nut,” a “new age orb queen,” or “the crystal lady “ — all outrageous headlines that got clicks for the advertisers. Through relentless propaganda you would think she was a “woo woo wackadoodle newb” and be scared into thinking she would kill off an un-inoculated city with a measles epidemic or cause your suicide by taking away your Zoloft — all things she refuted.

What mattered to them was that you laughed at her for trying to “pray away a hurricane.” They wanted you to think she lacked any experience and would wreak havoc on our great country. So be honest…that IS what you still think of her, right? Congrats! They won because you bought in.

They didn’t want you to actually learn about her policies, the real content of her character, her impressive resume and accomplishments or to hear her speak. Because if you did, you’d change your mind. Maybe she was pretty amazing? Presidential even?
‍

I grew up with women supporting women. To see some of these liberal younger women “influencers” who have a platform to spread messages of peace and kindness but choose to use them for a cheap snarky laugh or to tear down a respected elder who fought for their right to even have that platform was heart-breaking. To see them retweeting “orb queen” memes or sharing falsehoods without fact-checking or even listening to one of her speeches, was so disheartening. Even a lot of Williamson’s celebrity women friends wimped out — retweeting does not equate to support, holding a fundraiser or showing up on the campaign trail does. Women support women during the fact, not after and the silence was deafening. They were all powerful allies against their own self interests.

And I won’t even go into to the other candidates but let me just say Gabbard and Harris saw their own fair share of sexism and racism as well as Booker, Castro and Yang. America is divided more than ever and the world is watching in horror. We’re supposed to be the good example.

So we have eaten our own tail and now it’s too late to show the rest of the world that Williamson was the one person running for President of the United States who actually wanted to fix this hot mess of a country with pure intentions and policies designed to lift people up and not shackle them to poverty, disease and a dying planet.

Yes, she meditates and lectures on a Course in Miracles, a book on helping people practice forgiveness. Is that clutch-your-pearls crazier than any other Catholic, Muslim, Mormon or Jewish tradition rooted in spreading love, peace and forgiveness? Maybe to some she expresses herself differently and they just don’t “get her.” That’s cool. You don’t have to like her but everyone deserves to be able to speak and be heard and some people would literally tell her to drop out and that she didn’t have the right to run. How is that supporting democracy, women’s rights and equality when none of the male candidates were harassed in this way? How is this supporting America’s diversity and its ideals to shut down someone’s right to free speech?

We won’t see another candidate like this again; someone who flips the paradigm on politics and wants to have a deeper conversation on what it means to be American and actually kind to one another; someone who could negotiate peace domestically and internationally; someone focused on diversity, women, children and getting the toxins out of our environment.

We’re starting to see more elected women in power across the globe and that is hopeful but it’s too late for America. We can’t “make it great” without a fundamental shift in consciousness. It’s sad that I will never see equality of the sexes in this country in my lifetime. It’s too baked into the sexist cake.

And so like a canary in a coal mine, Williamson’s campaign and a true American Democracy was snuffed out by a noxious gas leak — a gas made up of corruption, destruction, patriarchal greed and power-hungry capitalism. It’s choking us into an evil dictatorship or at the very least, an aristocracy suffocating on its own putrid fumes and thirsting for one last drop of decency. A Marianne Williamson presidency was our gas mask.