Marianne Williamson Is a Lefty With Soul 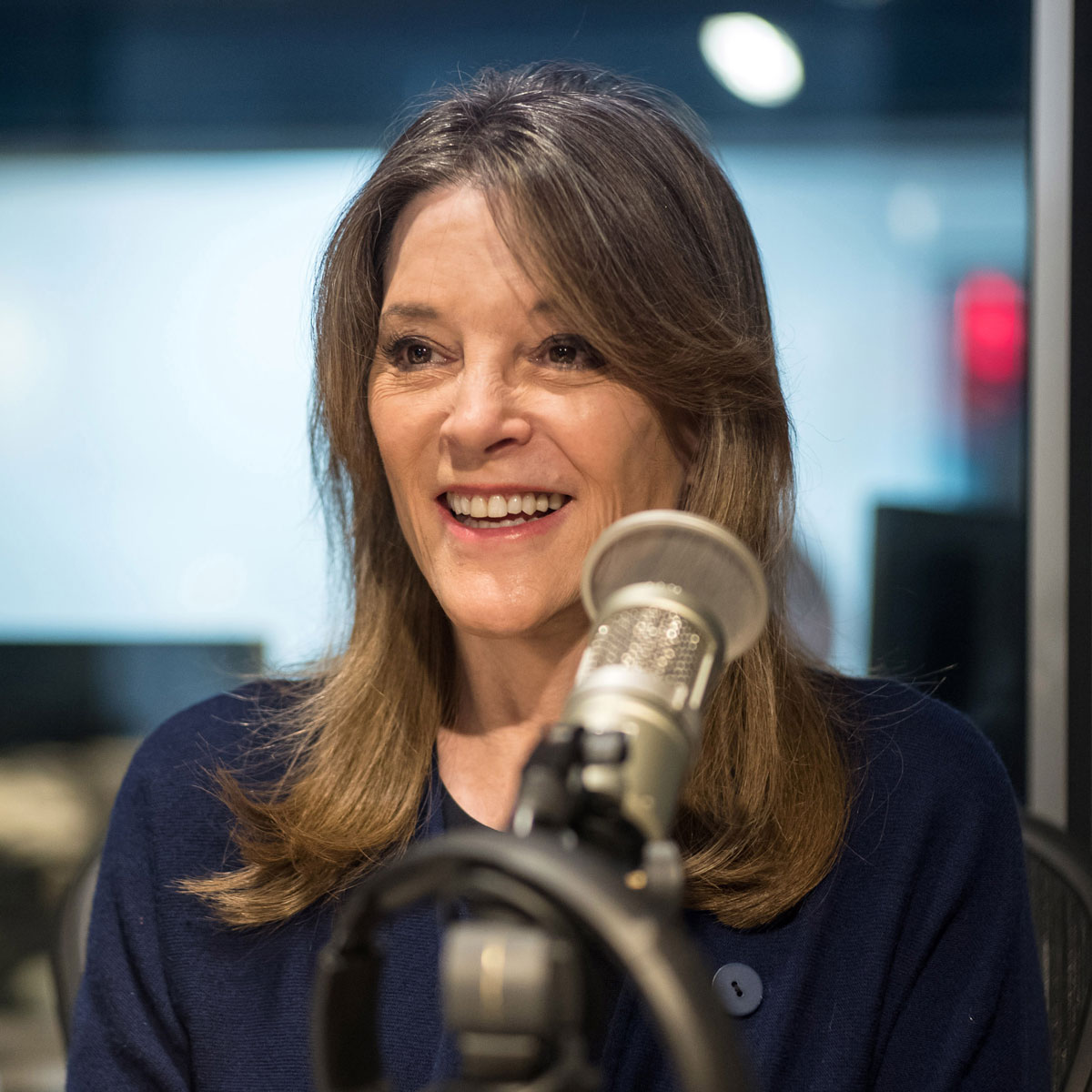 She’s not being taken seriously by the political professionals: One of her biggest problems so far is convincing pollsters to include her in candidate preference questions so she can display some popularity, if only for purposes of qualifying for debates. She’s often treated as a sort of New-Age accessory to Oprah Winfrey. And her one previous run for public office, an ill-fated indie run for Congress in California in 2014, is often mentioned as a sign that she has no actual potential following outside of a few celebrities from LaLa Land.

Bur Marianne Williamson deserves some serious attention, and not just because she’s written four books that hit number one on the New York Times bestseller list. At a time when the leftward drift of the Democratic Party is regularly in the news, she is by any measure the most rigorously progressive candidate in the field of 23. That she wraps her progressivism in a syncretic spirituality instead of socialist materialism may even be an advantage for a politician in this God-haunted country of ours.

Pick an issue, and odds are Williamson is going to out-Bernie Bernie and out-Warren Warren. She’s for Medicare For All, unsurprisingly, but she’s also for heavy investments in preventive medicine and nutritional education, and a pretty heavy regulatory arm on those she feels are poisoning our bodies, including those who produce “high-fructose corn syrup and hydrogenated fats.” So far as I can tell, she’s the only candidate committed to reducing national stress levels, too.

Our urgent goal is not just to hold temperature increases as close as possible to where they are now, but instead to reverse global warming back to more long-term sustainable levels. The current Paris Accords don’t go far enough….
‍

The United States and world must take unprecedented action between now and 2030 to actually bring the carbon we put in the atmosphere back into the earth where it came from — to reforest, transform our dirt back to soil on our farms, restore wetlands, peatlands, and increase phytoplankton and fisheries — among other critical measures.

She isn’t just for criminal justice reform: She’s for an official national policy of encouraging the maximum feasible release of prisoners and a shift from punishment to rehabilitation:

What we need to do next is to examine the prison population we have, and undertake a concerted, national discourse on how to free our people. Being that the vast majority of prisoners are locked up in state and local prisons, we need a populist movement in each individual state to release as many prisoners as possible — and to prepare them for their freedom at the same time. There is no issue where the bully pulpit of the White House is more necessary.

Williamson is the only candidate who is flatly for a tangible program of monetary reparations for the descendants of slaves:

“What I have proposed is $200 to $500 billion — I think anything less than $100 billion is an insult,” Williamson, an author and activist, told Hill.tv’s Krystal Ball and Buck Sexton, adding that the money would be paid over a 20-year period.

In the international arena, she has been closely associated for years with the idea of creating a Department of Peace (mostly notably promoted by former presidential candidate Dennis Kucinich, a close friend of Williamson) that would actively address conflict prevention. It’s fair to say she thinks we can get by with a relatively small fraction of today’s Pentagon budget:

America should embark on a 10- to 20-year plan for turning a wartime economy into a peace-time economy, repurposing the tremendous talents and infrastructure of our military-industrial complex in such a way as to leave us strong enough to deal with America’s legitimate needs for military preparedness, yet moving on to the urgent task of building a sustainable society and sustainable world.

Williamson is the rare religious professional who is firmly committed to both reproductive rights and protections for LGBTQ folk.

And she matches or exceeds the progressivism of her rivals. Like Andrew Yang, she’s for a universal basic income. Like Bernie Sanders, she’s for free college, and like Elizabeth Warren, she’s for full college debt relief. Like Cory Booker, she’s for baby bonds. Like several other candidates, she’s for universal pre-K. She’s even equaled Pete Buttigieg’s commitment to a robust national service program.

Many progressives, of course, will be put off by the New Agey stuff. And it’s impossible to ignore: Williamson never stops insisting that America’s and the world’s problems are spiritual as well as economic or institutional or interpersonal. When she talks about the climate crisis, she has specific proposals, but her main argument is for something money can’t buy:

For those who are allergic to religion, Williamson’s rhetoric can be terrifying:

“At the deepest level,” she says, America is engaged in “a spiritual contest” between demonic and angelic forces. “The separation of church and state is one of the most enlightened aspects of our country,” she says. “But the founders were not seeking to suppress religion. They were seeking to liberate and protect it.”

But here’s the thing: Her version of metaphysical spirituality is so all-encompassing that it transcends any exclusive creed or teaching. One expert explains that the tradition she represents combines influences from “Freemasonry, early Mormonism, Universalism and Transcendentalism before the Civil War and, subsequently, Spiritualism, Theosophy, New Thought, mind cure and reinvented versions of Asian ideas and practices.” She’s less a theocrat than a pantheocrat.

So certainly for those who think Bernie Sanders and Elizabeth Warren are too timid and compromising, Marianne Williamson is worth a respectful hearing. An awful lot of people have read her books and watched her on television and come back for more. She’s very unlikely to become a viable candidate, but assuming she’s on the debate stage she may turn heads. And if nothing else, perhaps she can win an appointment as Secretary of Peace in a Democratic administration.