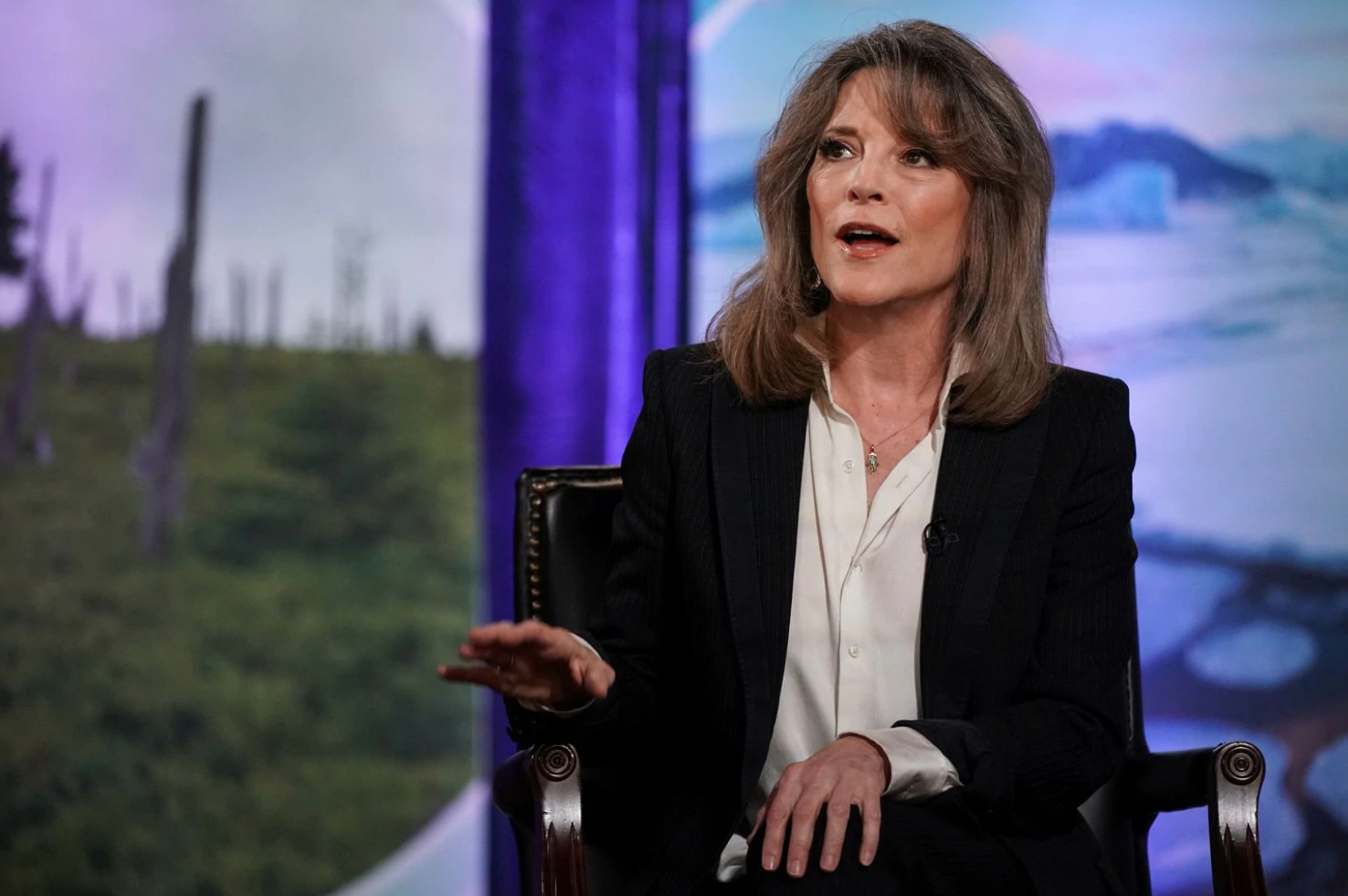 Marianne Williamson is a Democratic candidate for president.

A few of us weren’t on the debate stage last night.

Supported by its friends and sponsors in the corporate media, the Democratic National Committee has sought to narrow the field of presidential candidates at the very moment when it should be opening up. Placing a political straitjacket on our primary system, controlling the process via money and ridiculous rules, the party is risking disaster.

The establishment’s paternalistic insistence that, in essence, “it’s time to shut this thing down” — making sure only its preordained category of people, discussing its preordained category of topics, is placed before the American people for consideration as contenders for the nomination to run against President Trump — has created a false, inauthentic piece of high school theater posing as the Democratic debates.

Last night’s debate was a lot of things, but it was not exciting. It contained no magic. If anything, it reduced some very nice people to behavior their mothers probably raised them not to engage in. Which woman who claims feminist ideals can be the nastiest to another woman? Which young person can show the greatest arrogance toward those with decades of experience under their belts? Which intelligent person can best reduce a complicated topic to pabulum for the masses?

Oh, this is brilliant, guys. Apparently, the strategy is to engage the American people by showing them the worst of who we are.

This would all be funny if it weren’t so dangerous. For reasons not easy to detect, the Democrats are held to a higher standard by the American people — who, despite a bad rap and a few spectacular failures, are usually good at smelling a rat. Try as they might to throw people off the scent, the DNC and its media pals are creating the stench of inauthenticity at exactly the moment when some blazing truths should be shining through. I heard a former senator say on one of the after-debate news programs Tuesday night, that “nobody had a really bad night tonight.” Oh, ma’am, you are so, so wrong. Everyone had a bad night.

The problem with being inside your own bubble is that it makes you blind to what’s going on outside it. The Democratic Party stands for far more egalitarian policies than do the Republicans, but it has a weirdly more elitist relationship to its own constituency. Party bosses think they know better, claiming the right through money and establishment power to wage what amounts to an insidious assault on one of the most important aspects of our democratic process: selecting the presidential nominee.

The Russians are messing with our elections? Absolutely. But so are we. The old days of political backroom deals, where a few insiders determined who the candidate would be, are back. They didn’t really go away at all; they’re simply repackaged now, standing right in front of us, rebranding themselves as an “open process.” Ladies and gentlemen, I present to you: faux democracy.

“Isn’t it time for you to drop out now, Marianne?” After that debate Tuesday night, are you kidding? Let me get this right. You think a sanitized wish list of Democratic proposals, focused just enough on appealing to people’s self-interest but not going anywhere near a serious discussion of what ails us, is going to defeat the Republicans? You think your 2016 redux, containing no hint of self-reflection on what created the disaster last time, is going to fight off the specter of neo-fascism?

Well, I don’t. I think the process of democracy demands, and the American people deserve, something far more real. We will not defeat outrageous lies with tepid, corporatized, compromised truths. We will not defeat a political cult leader with the same old tried but clearly no longer true. Offering people the stale alternative of political leftovers, prepackaged as bromides with all the vitality and richness of spoiled food, is an inadequate response to the challenge that confronts us.

Our task is to protect and defend our democracy from the greatest threat it has ever known, and we will need to begin by practicing it ourselves. If our political gatekeepers keep locking the gate, then the people ourselves will unlock it.