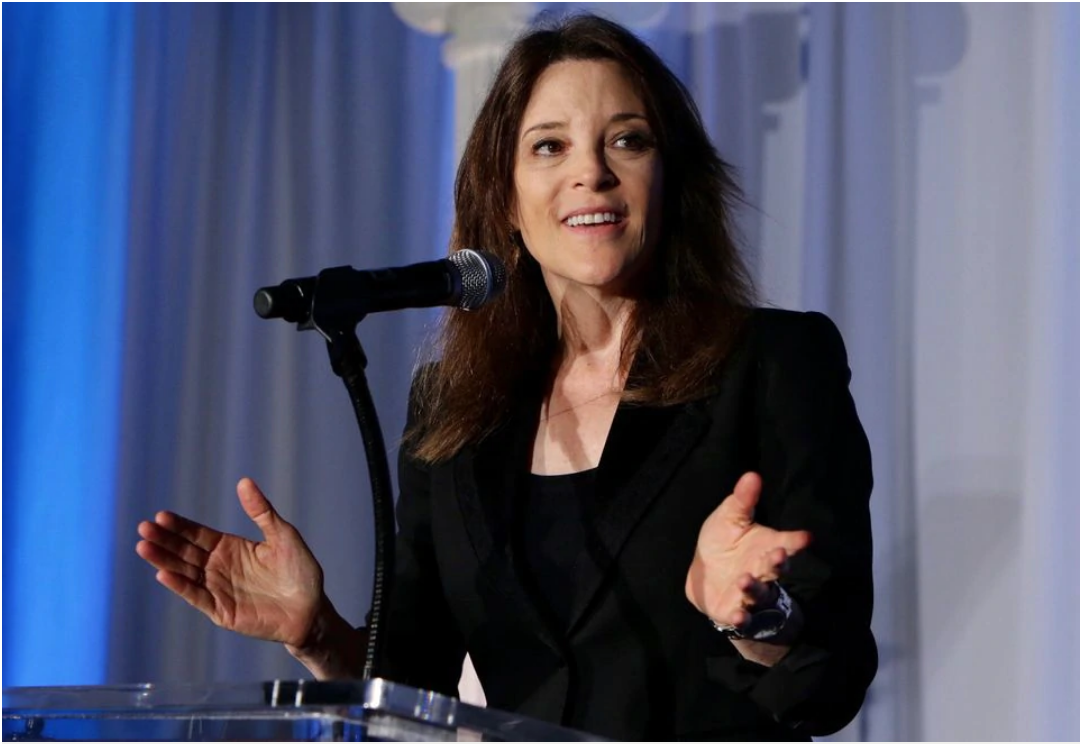 By Douglas Perry | The Oregonian/OregonLive

When Steve Novick was asked about one of the Democratic presidential candidates earlier this month, he drew a blank.

The long-time progressive activist, who’s closely following his party’s nomination sweepstakes, had to put the name into Google:

She’s been labeled “Oprah Winfrey’s spiritual guru” and has called herself a “bitch for God.”

“I don’t know how many people vote on ‘spirituality,’” the former Portland city commissioner said. “Nobody ever runs on it, so it’s hard to gauge.”

His underlying point was clear: Williamson sounds like an interesting person, but how can we take her candidacy seriously?

Actually, as voters in early primary states are discovering, it’s not all that hard.

Williamson is a thoughtful and engaging speaker -- and she’s offering an overarching message that many Americans seem eager to embrace.

“We need a moral and spiritual awakening in this country,” the 66-year-old Texas native told The Oregonian. “That’s how we change our political dysfunction. It’s not about going to the left or to the right. It’s about going higher.”

“The crisis we’re facing,” she added, “is a crisis of meaning.”