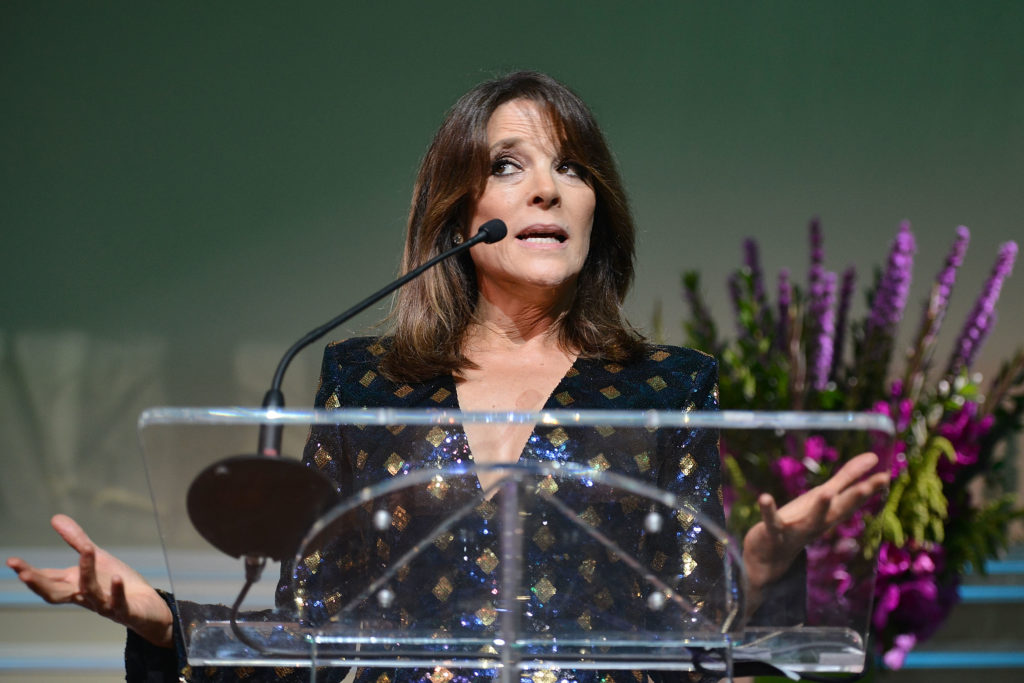 There are 22 Democratic candidates running for president in 2020. Marianne Williamson is one of them.

She doesn’t have any previous political experience, but the author and motivational speaker does have a large following on social media and has advised Oprah.

Speaking to FiveThirtyEight, Williamson’s communications director framed “the unusual nature of Williamson’s candidacy as a strength. “We’re different. We know that and we embrace that.'”

Williamson has made action on climate change a key part of her campaign platform.

Here’s her position, summarized by the PBS NewsHour:

Williamson believes action is needed to address climate change, and she has said she supports appointing a “world-class environmentalist” to head the Environmental Protection Agency. She supports halting all new fossil fuel projects, and restarting the Obama-era Clean Power Plan. Williamson would also place a temporary ban on new oil and gas fracking, and invest in electric vehicle production and high-speed trains.

She also supports reparations for slavery.

When a student asked her about her political experience during a CNN Town Hall here’s how she responded:

You know, the — the Latin root of the word “politeia” doesn’t mean of the government. It means of the people. And I think our political establishment has gotten too far away from the people.

So in a way, for me, I challenge the idea that people whose careers have been entrenched in the same limitations that are endemic to the system that got us into this ditch are the only people we should possibly consider qualified to take us out of the ditch. I challenge that, and that’s why I’m running.

We speak to Williamson about her long-shot status, her policy priorities and more.