Democratic Presidential Candidate Marianne Williamson On Why She Supports Reparations 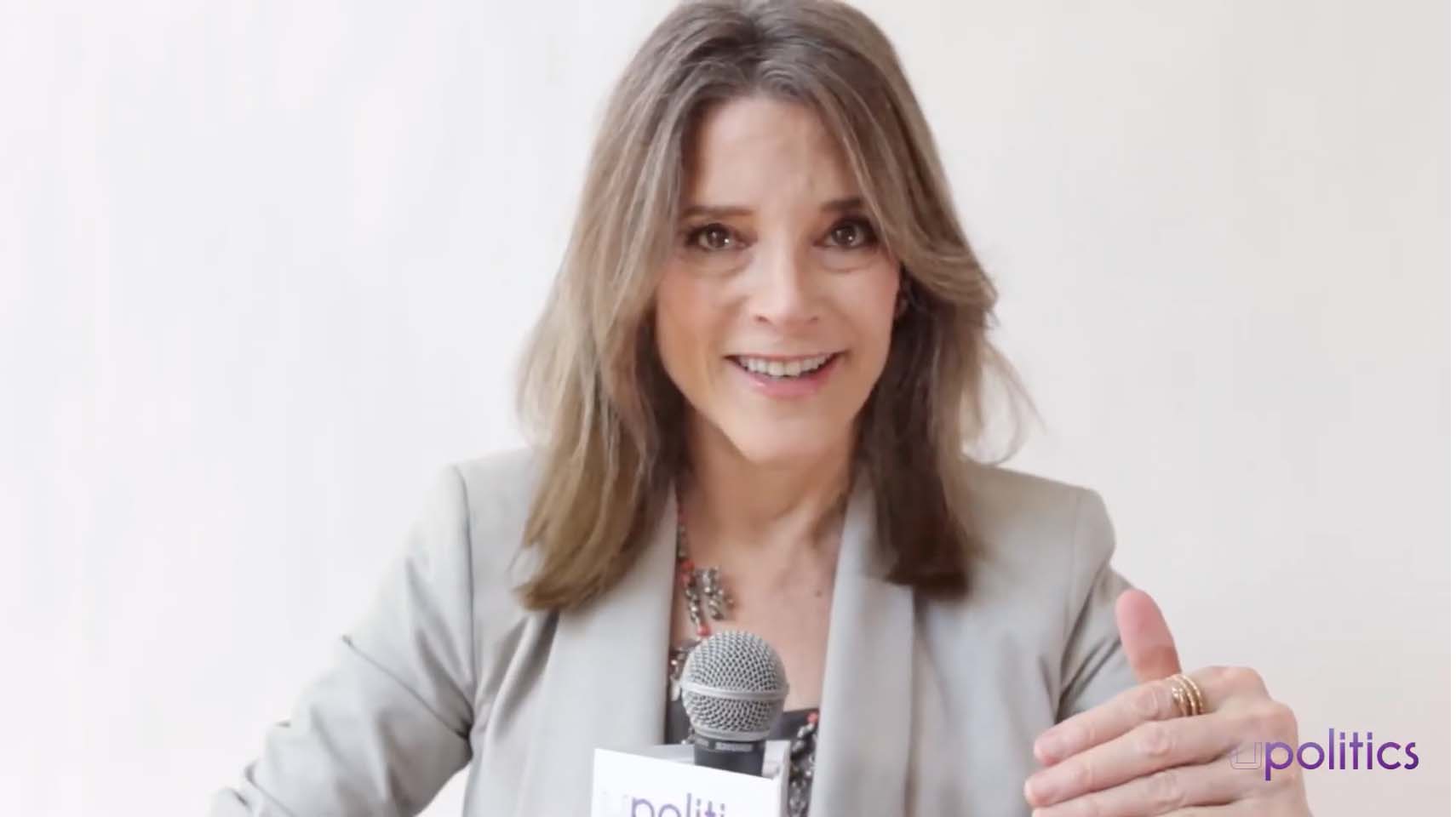 Democratic 2020 presidential contender Marianne Williamson has been vocal about her support for paying reparations to descendants of slaves, an issue that has been increasingly discussed given the extremely tense state of race relations in the United States.

The 67-year-old author and spiritual self-help guru — known for New York Times best-selling books like The Age of Miracles and A Return to Love — discussed her views on African-American slave descendants exclusively with uPolitics. Williamson said she believes one of the main reasons there hasn’t been as much of a push for reparations as there should be is because of a lack of information and education among the American public about the history of slavery and racism in the country.

“I don’t believe that the average American is a racist, but I do believe that the woefully undereducated about the history of race in the United States,” she said. “Enslaved persons were first brought over here from Africa in 1619 and slavery was not abolished until 1865. That was followed by another 100 years of institutionalized violence against black people.”

Williamson described the effects of the so-called Black Code Laws passed in the southern United States after the Civil War in 1865 that led to black Americans suffering from vast economic injustices relative to their white counterparts, and how every formerly enslaved African-American family of four in the country had been promised 40 acres and a mule but often never received this. She also compared lynchings, hate crimes by groups like segregation laws and segregation laws to incidents of “domestic terrorism.”

“You put all this together, you’re talking about 350 years of institutionalized violence against black people,” said Williamson. “That is longer than the United States has been in existence.”

Williamson also stressed that white Americans overall need to learn to understand how the history of racism and slavery still affects black people today, and how it leaves “trauma” in their “psyche.” She also expressed concern over how the landmark 1965 Voting Rights act that gave African-Americans the right to vote has slowly been “chipped away at” since June 2013, when the Supreme Court ruling in Shelby County v. Holder struck down a key provision of the law regarding enforcement of voting regulations and procedures.

“The issue of reparations should not be considered some fringe concept,” said Williamson before citing Ronald Reagan’s passing of the American Civil Liberties Act in 1988. This law mandated that every surviving prisoner from the Japanese internment camps during World War II were given roughly $20,000 in economic restitution.

Williamson also noted that Germany has paid $89 billion to Jewish organizations since World War II for reparations related to the Holocaust.

“I propose a reparations council to be made up of black scholars and black leaders from across the spectrum of black culture in America today,” she said. “I propose an expenditure of $200 to $500 billion,” she added before saying reparations — which she said should be paid over the course of 20 years.

We have regressed to an aristocratic paradigm…

We have regressed to an aristocratic paradigm…
WATCH VIDEOREAD MORE

Bringing Our Core Values Back

Marianne Williamson on the 2024 election, the DNC, and third parties

Marianne Williamson on the 2024 election, the DNC, and third parties.
WATCH VIDEOREAD MORE
Updates directly from our team