Author Marianne Williamson on 2020 run: 'The best thing I can do is be myself' 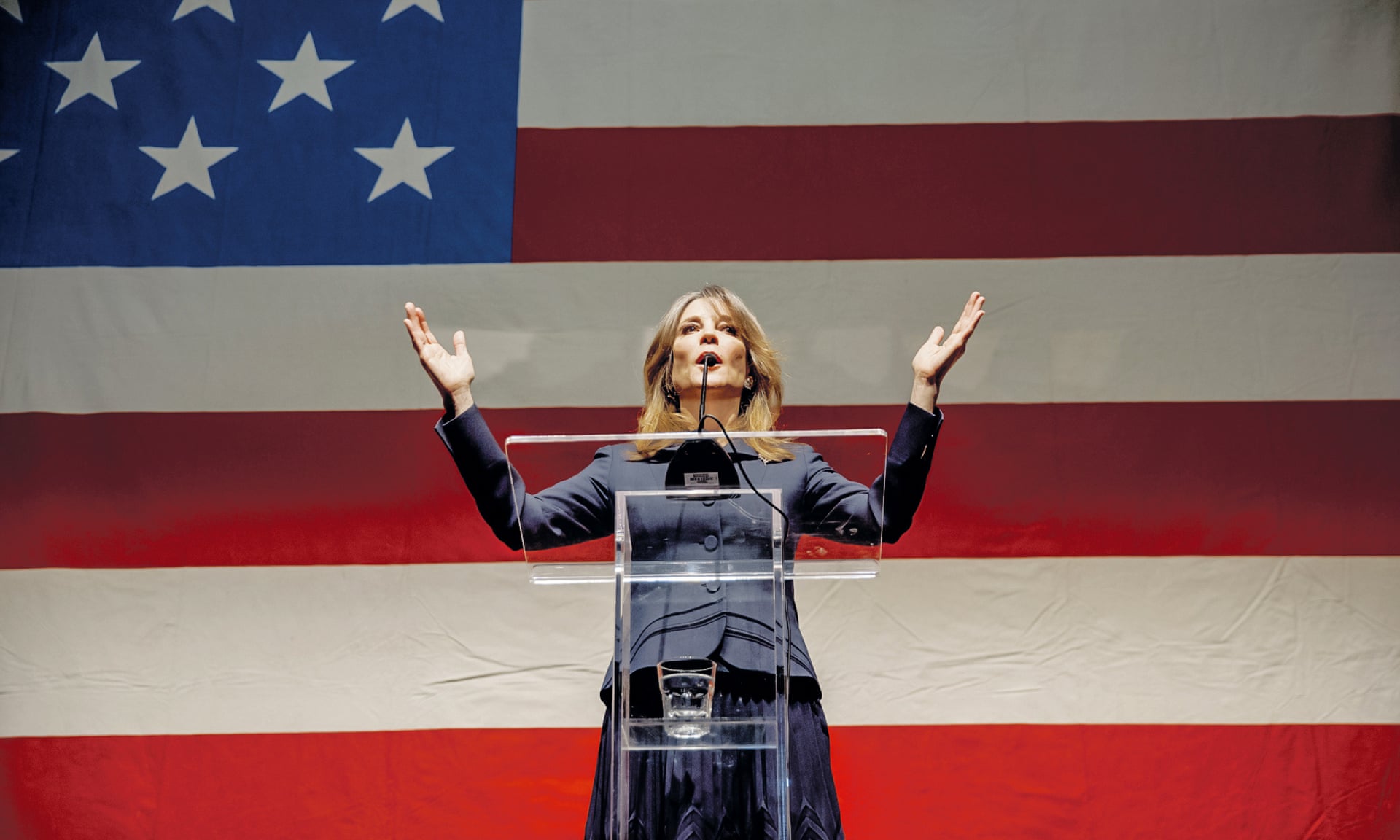 Marianne Williamson, until recently best known for her Oprah-endorsed self-help books, got less than five minutes’ airtime in the first round of Democratic presidential debates. But her contributions were memorable.

Having instructed fellow candidates to “get deeper than the superficial fixes”, she referred to the prime minister of New Zealand as “girlfriend” and issued a challenge to Donald Trump.

Some mocked her or wrote off her performance in Miami as simple light relief. But it was not Kamala Harris – widely considered the winner of the second debate for her takedown of Joe Biden – who was the most Googled candidate. It was Williamson.

But she dismisses analysis of individual performances, claiming any debate is “a piece of theatre”.

“What matters is where the United States is and what conversation I’m having with voters,” says Williamson, 67, by phone from Myrtle Beach, South Carolina. “Obviously there was a lot of attention given to my debate performance. Some thought it was silly, some thought it was meaningful. Everybody has a right to their opinion.”

Until recently, Williamson, who was raised in Houston and once described herself as a “bitch for God”, was best known for 13 books, which include A Return to Love and, most recently, A Politics of Love – and for her links to Hollywood. She presided over Elizabeth Taylor’s 1991 wedding and is close friends with Oprah Winfrey. She is also the co-founder of the Los Angeles charity Project AngelFood, which feeds sick people.

Her key issues include a $200bn-$500bn pledge of reparations for slavery, attempting to reverse global heating, universal healthcare with a private option, a full path to citizenship for undocumented migrants without serious criminal backgrounds and the formation of a US Department of Peace.

But she says the most important issue facing America is a “slide away” from democracy that has been taking place for 40 years. Donald Trump did not create the problem, she says: “It’s a problem that created Donald Trump.”

In conversation, she seems more subdued than on television or at events, but her responses are largely eloquent and considered. Her voice finds energy when she talks about the campaign trail, which she describes as both brutal and exhilarating. She finds voters “very ready for the seriousness of the conversation”.

Earlier this year, she moved to Des Moines, Iowa. Her daughter India, 29, is an adviser.

This is not Williamson’s first foray into politics. In 2014 she ran as an independent for Congress in California, attracting support from Kim Kardashian West and Alanis Morissette, who wrote a campaign song. She came fourth but says she learned a lot: “Every campaign contains a win of some kind.”

For the debates next week, across two nights in Detroit, she is planning less preparation.

“In a way I feel I did that too much last time and I think that made me a bit of a problem. I think it’s what knocked me off my game a little bit,” she says. “I think that the best thing I can do is be myself.”

On Tuesday she will appear alongside Elizabeth Warren, Bernie Sanders, Pete Buttigieg and Beto O’Rourke, among others. Who does she think will be the person, or people, to beat?

“I don’t think that way at all,” she says. “That’s not the way I see any of this. I’m not running against anyone, I’m running with a lot of good, smart people. In a way I hope that we all do well. I think that it’s the best thing that could happen for America …

“There’s a higher goal here. And my impression is that all of us are very aware of what that is. We’re living at a critical moment in our democracy and something is going on here so much bigger than who beats who in a debate.”

Does she really think she can win the presidency? “Absolutely.” Does she think a woman can win? “Absolutely. A country is not a monolith.”

It many ways, she says, her campaign feels like a continuation of her career. But while she used to talk about the transformation of individuals, now she is doing it on a much bigger scale.

“That’s all that a nation is, is a collection of individuals,” she explains. “So the same psychological principles that prevail within the journey of one person prevail in the journey of a nation. I’m having the same conversation about America that I’ve been having about individuals for the last 35 years. How we change, how we grow, how we transform and how we get there.”

The journey to her presidential bid – slogan: “Turning love into a political force” – was, she says, “a process”. She got the idea to run around August 2017 and announced her candidacy in January this year, on stage in Los Angeles.

“It’s not anything anyone would do impulsively. It’s a very difficult thing to do,” she says. “Remember it’s a very big country, so you are traveling huge stretches all the time. It’s a big effort to take on. You don’t do it without a lot of processing and inner preparedness.”

What does she mean by taking Trump on with love?

“The president is not just a politician, he is a phenomenon,” she says. “And an insider politics game will not defeat him. The only thing that will defeat a phenomenon is another phenomenon – and that phenomenon is a rising up of the American people, that begins with the rising up inside our own hearts and minds and consciousness.”