America doesn’t just have a gun crisis. It has a culture crisis. 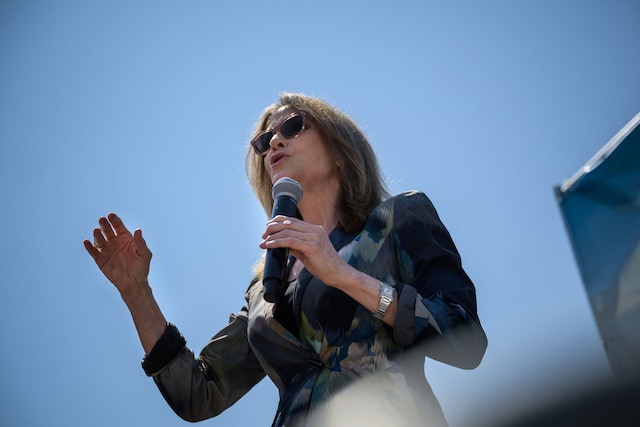 Another day, another mass shooting. We grieve for Odessa, Tex., and we grieve for America.

The aftermath of every mass shooting follows a now-routine pattern: Feverish coverage will be followed by politicians and pundits engaging in a predictable conversation about gun-safety legislation. All of which we know by now. Of course, we need universal background checks; we need to close all loopholes; we need to outlaw bump stocks; and we need to outlaw assault weapons and the bullets needed to shoot them. But politicians trotting out various forms of I-will-do-this-or-that neither gets to the heart of the matter nor breaks the logjam that has made this horrific and uniquely American problem so intractable.

It is not just our gun policy but our politics that fails to free us of this insanity. Until we override the nefarious influence of money on our politics, it will not be possible to break the National Rifle Association’s chokehold on our society. It is not the will nor safety of the people but the profits of gun manufacturers that is given primacy in our gun policies. Legislation that establishes public funding for federal campaigns should be the battle cry of our generation.

As individuals, Americans are not a violent people, but it is undeniable that we’re a violent culture. Regular mass shootings are not societally normal. And until we face this, the situation will not fundamentally improve.

Most politicians stick to a discussion of symptoms only. Politics should be the conduit for our most expanded conversation about societal issues, not the most superficial one. Conventional politics does not lend itself to a discussion of the deeper issues that plague us. Yet go deeper we must.

America does not just have a gun crisis; it has a cultural crisis. America will not stop experiencing the effects of gun violence until we’re ready to face the many ways that our culture is riddled with violence.

The darker truth that Americans must face now is this: Our society is not just steeped in violence; we are hooked on violence. And in area after area, there are those who make billions of dollars on deepening the hook. Until we see that, we will just have more violence. Our minds must awaken so we can see all this. Our hearts must awaken so we can change all this. And our politics must change so we can discuss all this.

Though gun-safety legislation should be fervently pursued, a political establishment so steeped in the ways of brute force is hardly equipped to be the purveyor of a solution to the problem of violence in this country. With a nearly $740 billion military budget but only $40 billion proposed for the State Department budget, our outsize commitment to brute force and ever-withering commitment to soul force is obvious. With the Air Force seeking 100 stealth B-21 Raiders, each with a price tag of $550 million and each equipped to carry both nuclear and conventional weapons, while 12.5 million children in the United States live in food-insecure homes — the idea of politicians who allow this to happen being the ones who are going to save us from the epidemic of violence in America is almost laughable.

We will not break free of dysfunctional realities until we are willing to embrace more functional ones. I propose a U.S. Department of Peace to coordinate and harness the powers of conflict resolution; restorative justice; violence prevention; trauma-informed education; mindfulness in the schools; child and family wrap-around services; social and emotional learning; and a world-class peace academy to train and to deploy thousands of peace-builders, plus national conferences and a presidential task force for peace creation. We will make every effort to promote a culture of peace both at home and abroad. We will address the root causes, not just the symptoms of violence in America. And in time, we will transform our culture from one of conflict to one of peace.