A vision and an agenda 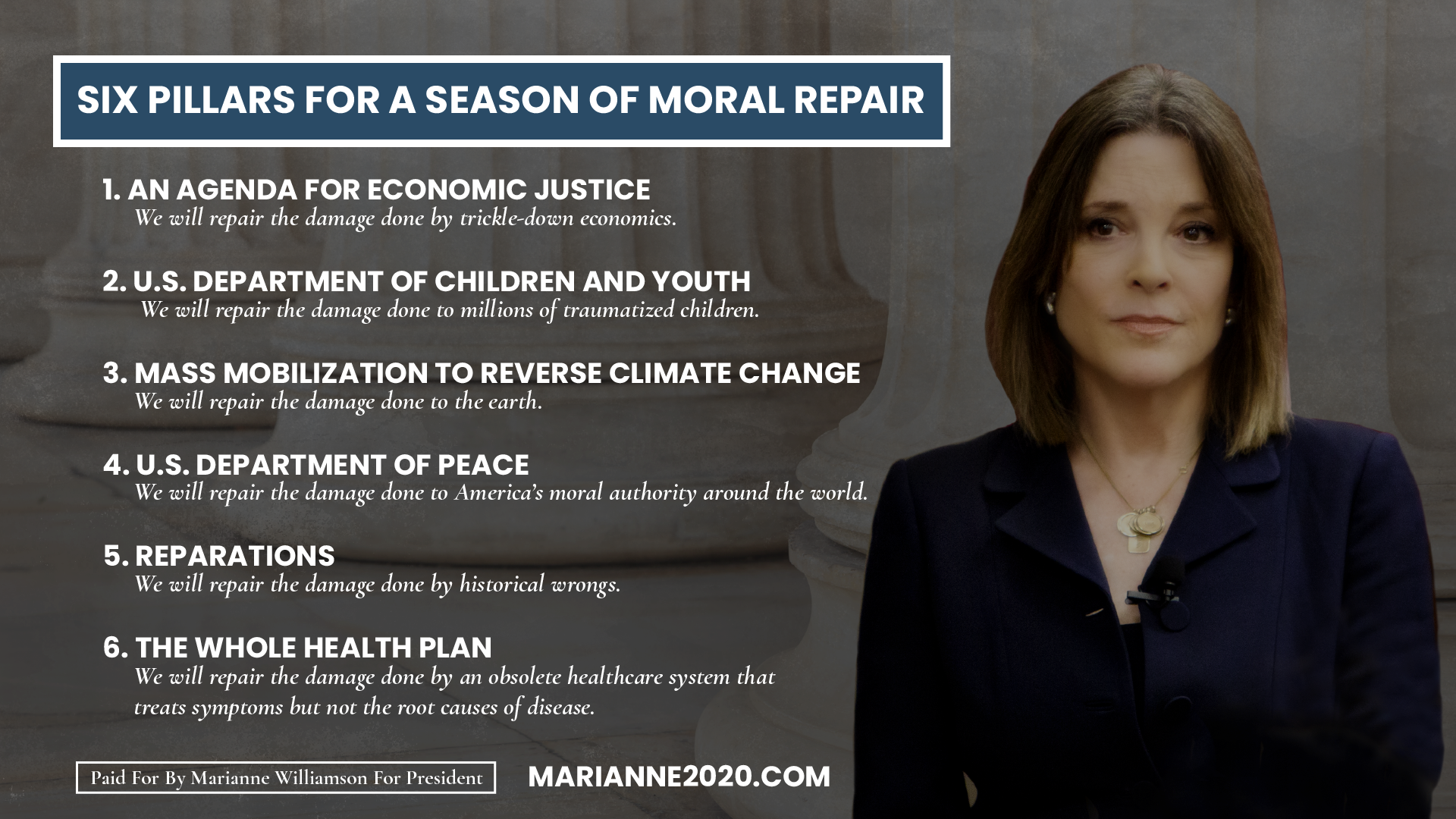 With the unveiling of my WHOLE HEALTH PLAN, I have now completed the six pillars of a season of moral repair.

Disparate policy changes alone will not heal this country; we need a holistic vision of what that will take, and an agenda to make it happen.

My policy positions are the most seriously transformative of any in the race this year. And people know it. Everywhere I go, I hear this: “Please stay in there! It’s so important you’re in the conversation...”

Yet I can’t be in the conversation if I’m not in the campaign. It’s being a candidate that gives me the platform, and the access to voters, that makes our influence real.

Growing numbers of people in the audience, standing ovations, and people who have never voted before—including many Republicans!—make it clear we have a message people want to hear. I’ve been around long enough to know when there’s actual buzz.

We don’t have to come in #1 in Iowa—or even #2, #3 or #4, for that matter—to affect American history. Honestly, if everyone who says, “I love her but she can’t win” would vote for me, I probably would! The biggest obstruction to changing the world is the belief that it can’t be done.

Donate now to keep us in the game.

Regardless of what the poll numbers show, on the ground we’re revving up. And what we're doing matters.